SEOUL, Sept. 18 (Yonhap) -- An island on Seoul's landmark Han River that was abandoned for half a century will reopen as a recreational complex encompassing a forest and concert hall later this month, the metropolitan government said Wednesday.

The 119,854 square-meter Nodeul Island, located near the country's financial district of Yeouido, will open to the public on Sept. 28 following a four-year plan to revive the deserted space, according to the Seoul Metropolitan Government.

The man-made island's history goes back to the early 20th century when it was constructed in the process of building the Hangang Bridge during Japan's 1910-45 colonial rule. It was a popular spot for family picnics until the 1960s before it became desolate due to delayed development projects.

The local government attempted to revamp the island in 2004-12 but efforts fell through due to financial issues. It was in June 2015, almost 100 years after the island was first made, when the government re-embarked on the project to reconstruct the venue. 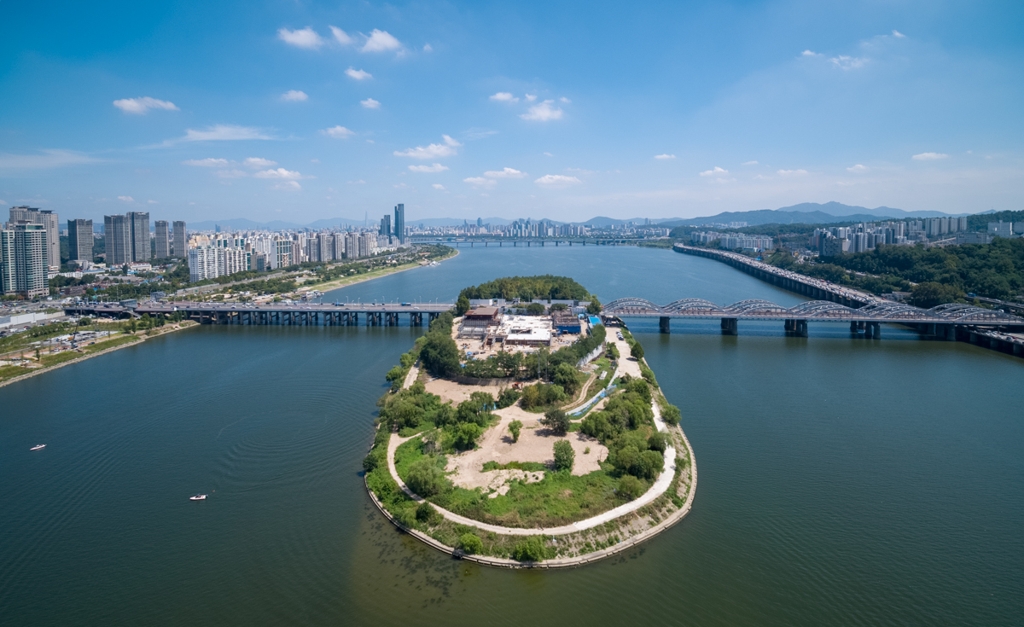 According to a map of Nodeul Island, Hangang Bridge crosses through the center of the island, dividing it into two main sections that are connected by a wooden deck.

The east side of the island is mostly preserved as a forest, which includes a habitat for narrow-mouth frogs. A multi-purpose conference center will open on one corner of the area in October.

The commercial and cultural facilities are located on the west side of the bridge. The highlight of this area is a concert hall that can accommodate up to 874 people. A bookshop, with a selection curated by independent bookstores, across the city and a dining section that will run monthly culinary programs will also open.

At the far west side of the bridge is a 3,000 square-meter green space that can be used as an outdoor concert venue or a picnic spot that offers a view of Seoul's landmark river.

"We hope (Nodeul Island) will be a venue specializing in pop music, led by budding musicians," Seoul Mayor Park Won-soon said in a statement.