SEOUL, Sept. 18 (Yonhap) -- No offensive weapons are deployed on North Korea's border island of Hambak in the Yellow Sea, the defense ministry said Wednesday, after security concerns arose following media reports that the communist nation could have deployed weapons like multiple rocket launchers there.

"Not a single attack weapon exists on the island," a senior defense ministry official told reporters, noting that the deployment of those weapons may constitute a violation of an inter-Korean military pact signed last year.

Noting that the North has some facilities on the island for observation, the ministry stressed that it has been closely monitoring related movements and maintains a staunch readiness posture.

On Sept. 19, 2018, the two Koreas signed the Comprehensive Military Agreement, which calls for a series of peace-building and tension-reducing measures, such as a halt to all hostile acts against each other.

"Since the conclusion of the military pact, not a single tension-sparking act in border areas has been spotted so far," the official stated.

The island is located just north of the Northern Limit Line, the de facto maritime border, around 20 kilometers away from South Korea's Ganghwa Island. 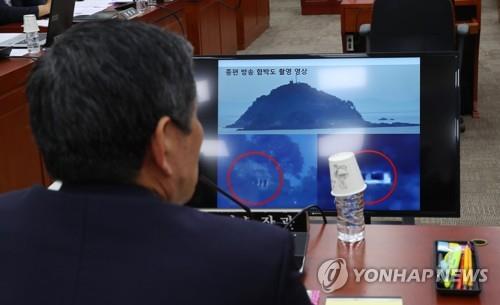