During his visit to Washington from Thursday through Saturday, Lee plans to meet U.S. Special Representative for North Korea Stephen Biegun to discuss how to make "substantive progress" in efforts for complete denuclearization and lasting peace on the Korean Peninsula, the ministry said in a press release.

The U.S. and the North are expected to relaunch their working-level nuclear negotiations as early as late this month after a period of tensions caused by Pyongyang's angry reactions to last month's combined military exercise between Seoul and Washington.

During their talks, Lee and Biegun are expected to discuss a coordinated approach and strategy before the negotiations with the North resume.

While in Washington, Lee also plans to meet other U.S. officials, possibly from the White House and the State Department, and scholars from think tanks there.

After his planned talks in the U.S. capital, Lee will fly to New York to attend the U.N. General Assembly. There, he is also expected to meet Biegun. 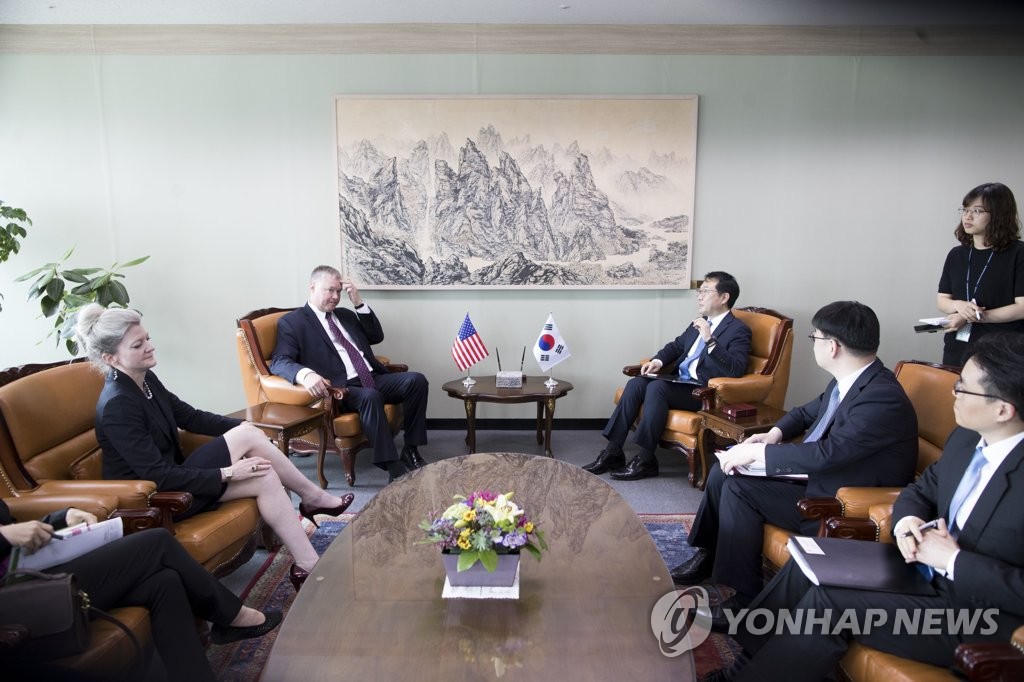