SUWON, Sept. 18 (Yonhap) -- A man in his 50s, now in jail, has been identified as the prime suspect in South Korea's worst serial murder case, which has remained unsolved for about 30 years, police said Wednesday.

The man is suspected of involvement in at least one of the deaths of 10 women who were raped and brutally killed in rural villages of Hwaseong, south of Seoul, between 1986 and 1991.

The Gyeonggi Nambu Provincial Police Agency said it identified the suspect after the state forensic agency found that DNA collected from a victim's underwear matched with his.

More than 2 million police officers, a record number for a single case, have been mobilized to investigate the murders.

Though the suspect was identified, he will not be punished in the case as the statute of limitations expired in April 2006. He is in prison for committing a similar crime.

Police said they will continue to probe into whether he was responsible for the other women's deaths.

The crime was the main inspiration for the hit 2003 Korean movie "Memories of Murder."

The police agency plans to hold a press briefing Thursday to reveal details related to the case. 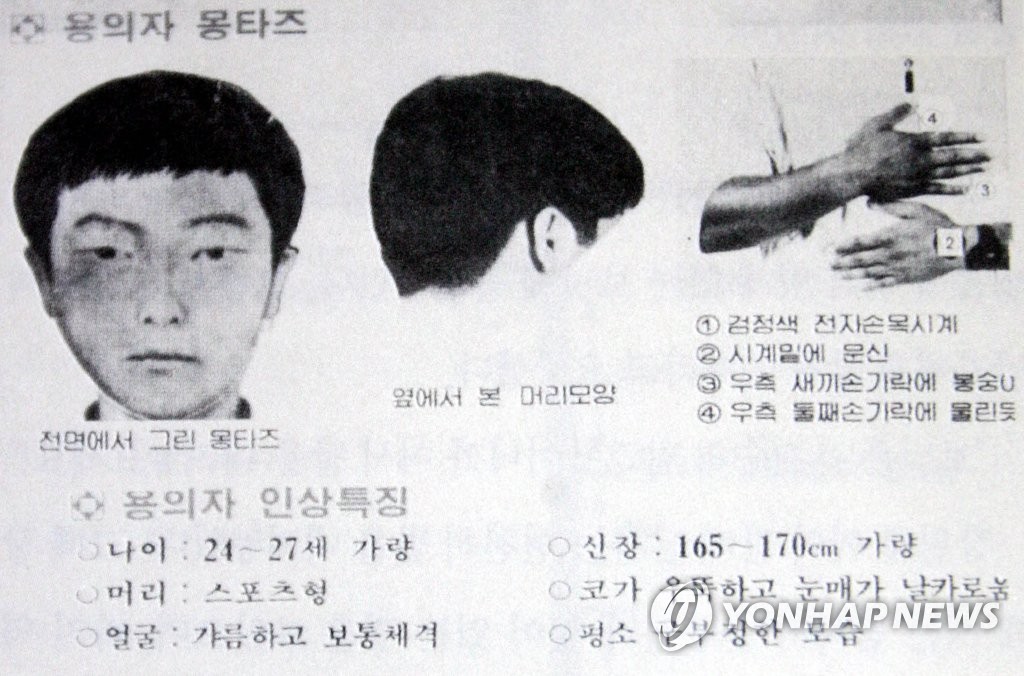