SEOUL, Sept. 19 (Yonhap) -- The head of South Korea's central bank said Thursday the latest U.S. rate cut may have created further room for his country to more actively support the local economy as it grapples with falling exports and sagging investment.

On Wednesday (local time), the U.S. Fed slashed its policy rate by 25 basis points to a range of between 1.75 percent and 2.0 percent in its second rate cut in two months -- and the second since 2008.

"Of course the U.S. Fed reducing its rate somewhat removes the burden for other countries in implementing their own monetary policies," Bank of Korea (BOK) Gov. Lee Ju-yeol said while meeting with reporters. 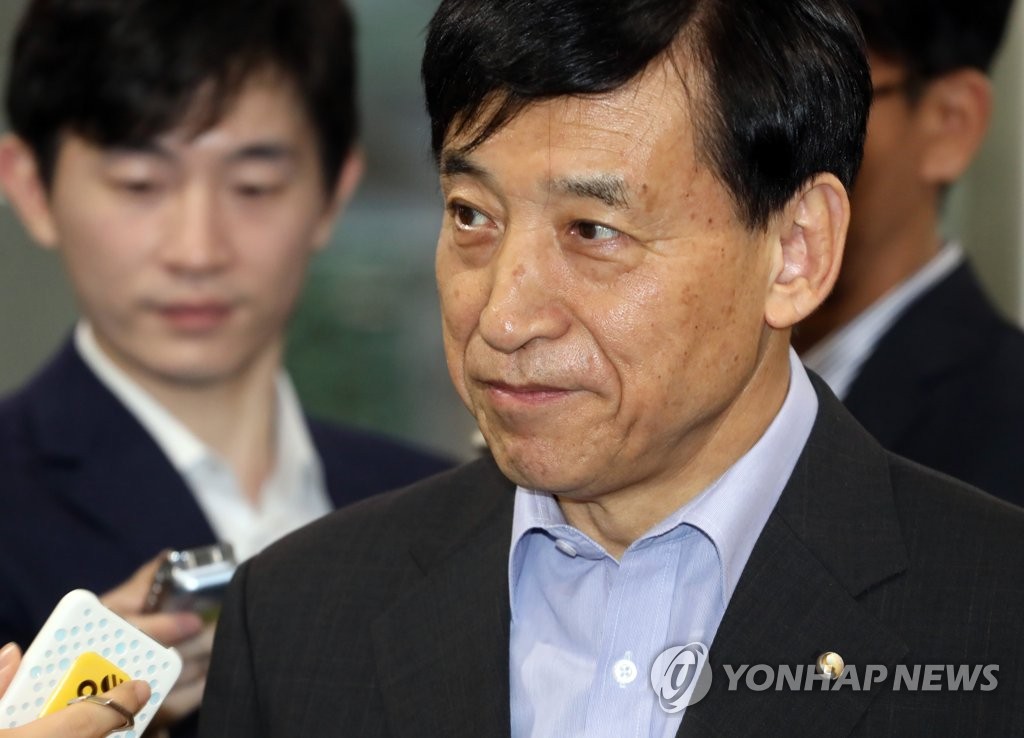 South Korea's own policy rate has remained significantly lower than that of the U.S. after the BOK slashed it to the current 1.5 percent in July, its first rate cut in three years.

The BOK is widely expected to further trim its policy rate in coming months, possibly next month at the earliest, amid concerns that Asia's fourth-largest economy is losing growth momentum in the face of a protracted slump in overseas sales and weak facility investment.

The South Korean economy expanded 1.9 percent on-year in the first half, forcing the BOK to slash its annual growth outlook for the year from 2.6 percent in January to 2.5 percent in April, then again to 2.2 percent in July.

South Korea's exports have dropped for nine consecutive months since December amid escalating trade tension between the U.S. and China, the two largest importers of South Korean goods.

Lee said the U.S.-China trade dispute, along with his country's own trade spat with Japan, will continue to be important factors in deciding the country's own policy rate.

"The monetary policy board comprehensively considers economic growth, inflation and financial stability, but currently the most important factors, of course, are external risks. The board will make its decision after considering how these risks, most notably the U.S.-China trade dispute, will develop, be settled and affect the local market," the top central banker said.