Moon's approval rating fell 3.4 percentage points week on week to 43.8 percent in a Realmeter survey of 2,700 voters nationwide, aged 19 or older, from Monday through Wednesday. The margin of error is plus or minus 2.2 percentage points.

The portion of those who have a negative view of Moon's presidency rose to an all-time high of 53 percent, up 3 percent from a week earlier, the local pollster added. 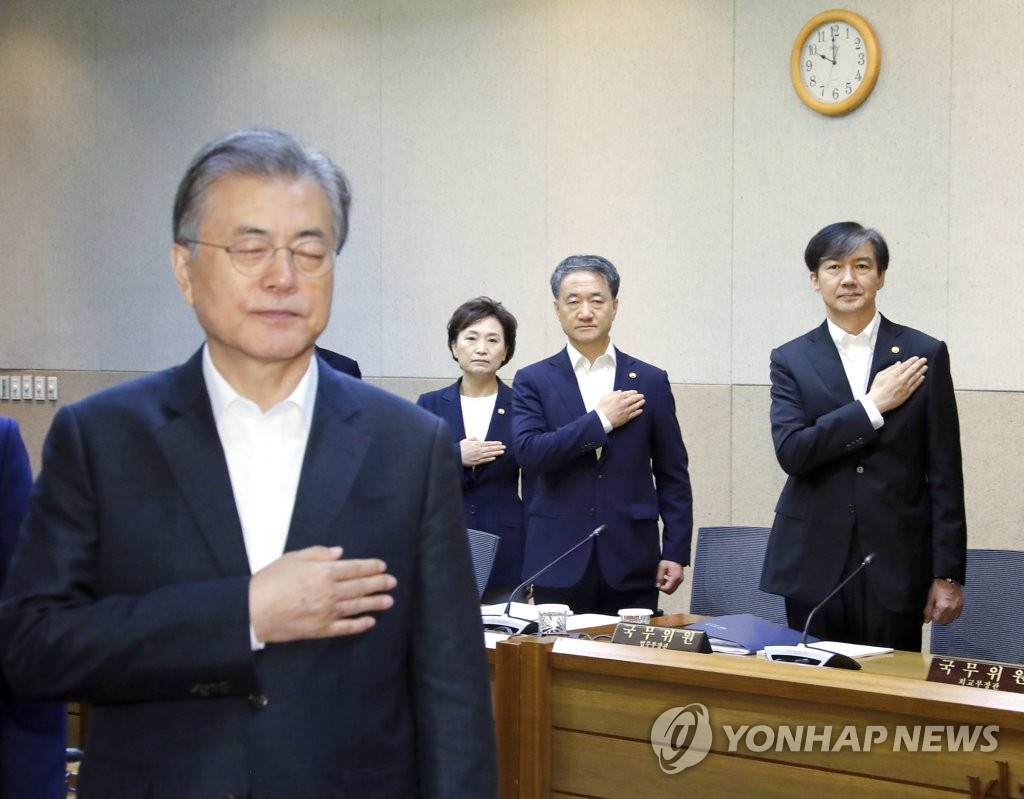 Moon's approval rating slipped to 44.9 percent in March and then rebounded. But it has edged down again amid public criticism of his nomination and appointment of Cho, a former law professor, as justice minister.

Moon's lowest approval rating in the Realmeter survey is attributable to the "continued spread" of what state prosecutors have found in their investigation into allegations related to the minister's family, the pollster said.

Cho's wife was indicted on charges of forging a college presidential citation for use in her daughter's medical school application. The family is also under probe over an investment in a private equity fund.