SEOUL, Sept. 19 (Yonhap) -- In their search for a new manager, the Lotte Giants will meet with a familiar face.

The Giants' new general manager, Sung Min-kyu, is currently in the United States to meet with Royster along with two former KBO players, Scott Coolbaugh and Larry Sutton. 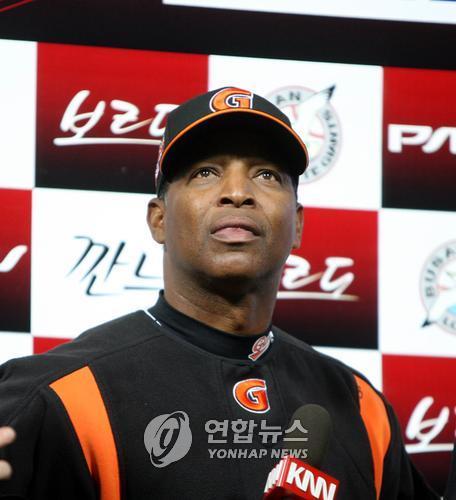 Royster, 66, became the first foreign national to manage in the KBO when he took over the Giants before the 2008 season. He led the Giants to the postseason in his first year, after the team had missed the playoffs in the previous seven seasons. The Giants also reached the postseason in 2009 and 2010.

But with the club unable to get past the first round in any of those three trips, Royster wasn't retained after 2010.

He was rumored to be on his way back to the Giants in the fall of 2015.

Coolbaugh, 53, spent one season in the KBO with the now-defunct Hyundai Unicorns in 1998, when he batted .317 with 26 home runs and 97 RBIs. He's currently hitting coach for the Los Angeles Dodgers' Triple-A affiliate, Oklahoma City Dodgers.

Sutton, 49, played for the Unicorns from 2005 to 2006 and for the Kia Tigers in 2007. The former big leaguer led the KBO with 35 home runs and 102 RBIs in 2005. He managed a Dominican Summer League team for the Pittsburgh Pirates in 2012, and is in his first year as hitting coach for the Kansas City Royals' Single-A team, Wilmington Blue Rocks.

The Giants are in last place this year at 48-86-3 (wins-losses-ties) with seven games remaining. First-year manager Yang Sang-moon stepped down in July and bench coach Kong Pill-sung has been acting as interim manager since.

The Giants said Kong will be among "four to five" South Korean candidates for the job.

Sung, a former Chicago Cubs scout who became the new GM earlier this month, said he is a devotee of advanced statistics, but added the new skipper doesn't have to be analytics-savvy as long as he's well liked and respected by the players and able to control the club house. 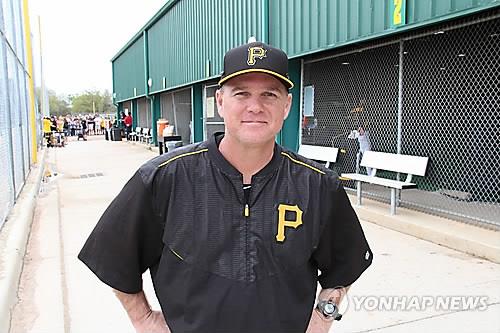