SEOUL, Sept. 19 (Yonhap) -- South Korea and the United States will hold biannual defense talks in Seoul next week, the defense ministry said Thursday, the first such meeting since speculation arose of a rift between the allies following Seoul's decision to end a military information-sharing deal with Japan.

"The two sides are to discuss the overall security issues of the two countries, including cooperation for denuclearization of the Korean Peninsula and the establishment of a lasting peace, the conditions-based transition of the wartime operational control, and ways to deepen the future alliance," the ministry said in a release.

Washington expressed disappointment with the decision and called it to be withdrawn, as the pact was seen as a rare platform to promote trilateral security cooperation between Seoul, Washington and Tokyo.

The Seoul government has said it could reconsider the decision, if Japan retracts the export curbs.

Also on the table would be the return of U.S. bases in South Korea, as the presidential office Cheong Wa Dae last month said it will seek the prompt return of 26 American military bases to its control. U.S. Forces Korea said some of the bases were ready for return and it remains committed to returning installations as expeditiously as possible.

The role and authority of the U.S.-led United Nations Command (UNC) after the envisioned OPCON transfer could also be discussed, according to observers.

It has emerged as a key alliance issue recently, as the two sides have shown differences amid speculation that the U.S. could be trying to expand and strengthen the UNC in an attempt to keep control of the South Korea-U.S. Combined Forces Command (CFC) even after the OPCON transfer.

Launched in 2011, KIDD is a comprehensive defense meeting between the allies that integrates a set of consultative mechanisms, such as the Extended Deterrence Policy Committee and the Security Policy Initiative. 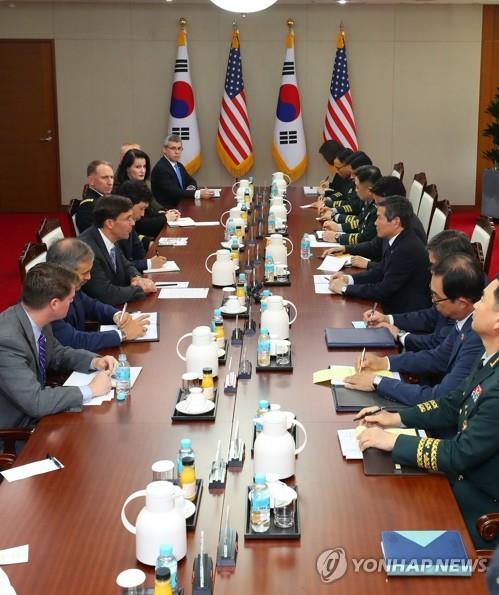