SEOUL, Sept. 19 (Yonhap) -- South Korea has called for international cooperation to deal with a possible move by Japan to release contaminated water from its disabled Fukushima power plant into the Pacific Ocean, the science ministry said Thursday.

First Vice Science Minister Mun Mi-ock and Uhm Jae-sik, the head of Seoul's Nuclear Safety and Security Commission met with the acting head of the International Atomic Energy Agency (IAEA) and representatives from atomic energy regulators from seven countries in Vienna on Tuesday to outline Seoul's concerns, according to the Ministry of Science and ICT. 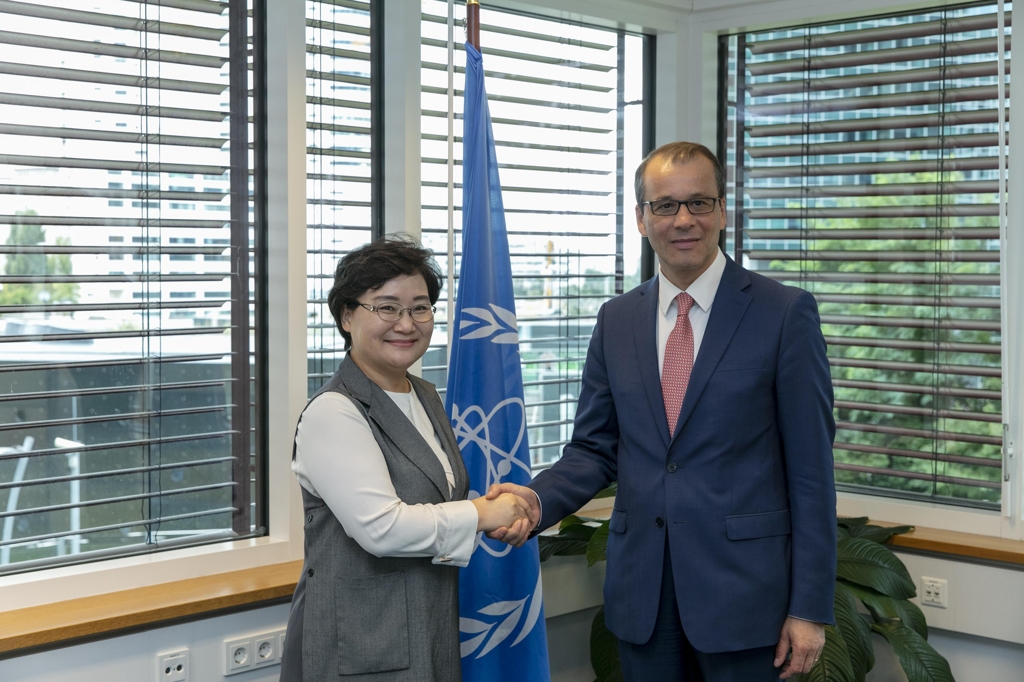 Mun asked the international agency earlier in the week to carry out on-site inspections and play a more active role in regards to worries that tainted water could affect the global environment and the health of people everywhere.

She also said that any discharge of contaminated water must secure approval from the international community and be based on a transparent process supported by science.

In response, Cornel Feruta, acting director general of the IAEA, made clear that the agency is giving Fukushima the same level of attention it gives to all developments that affect safety.

The latest calls come as Tokyo is apparently moving to release contaminated water from the power plant in the northeast of Honshu after it was devastated by a tsunami triggered by an earthquake in March 2011.

The damage caused by the towering waves led to a meltdown of three of the plant's six reactors. The subsequent release of radioactive materials into the surrounding environment was rated as the worst nuclear accident since the 1986 Chernobyl disaster.

Water discharge is seen as the easiest and most affordable way for Japan to deal with the problem, although other methods, like evaporation and expanding storage facilities, have been proposed. There is estimated to be more than 1.1 million tons of tainted water in temporary storage at the Fukushima plant.