Trump made the remark to reporters Wednesday as he criticized former National Security Adviser John Bolton for advocating the "Libyan model" in talks with the North.

The Libya model calls for North Korea to unilaterally dismantle its nuclear weapons program before receiving any concessions in return and has incurred the wrath of Pyongyang, which views it as a threat to topple the regime.

Libya surrendered its weapons of mass destruction program in 2003, but its then-leader, Muammar Gaddafi, was removed from power and killed by NATO-backed rebel forces in 2011. 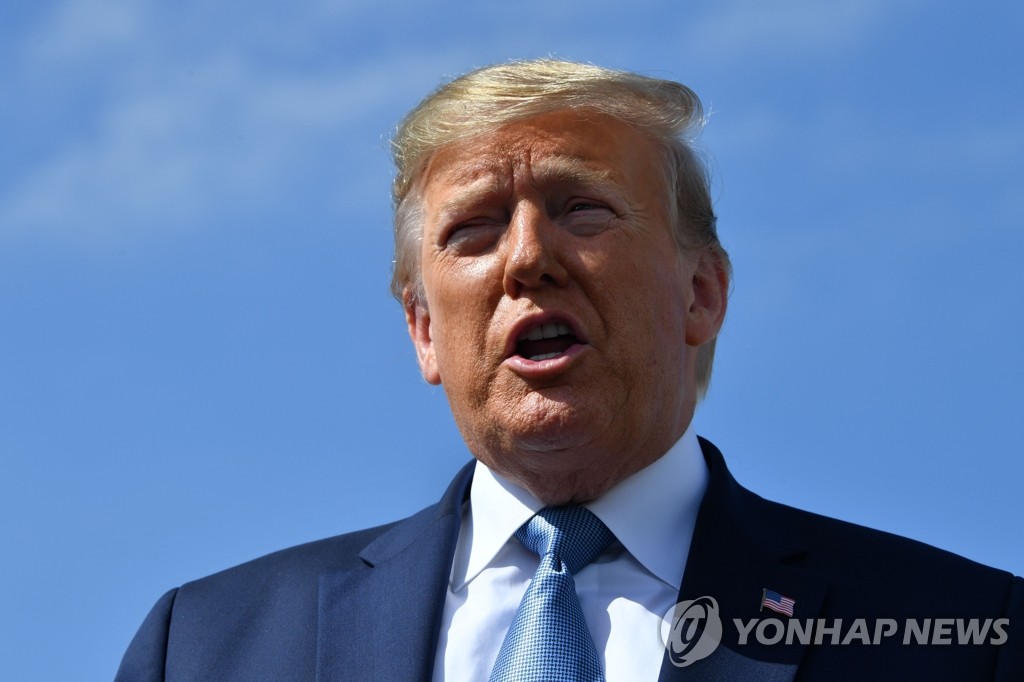 On Wednesday, Bolton told a private lunch group that any negotiations with the two countries were "doomed to failure," according to Politico.

"Well, it's easy to say that. He may be right and he may be wrong," Trump said during a visit to a section of the U.S.-Mexico border wall in San Diego's Otay Mesa area, according to a transcript released by the White House on Thursday. "Let's see what happens. Only time will tell."

After boasting of his administration's successes in stopping North Korea's nuclear tests and getting back the remains of some American soldiers killed in the 1950-53 Korean War, Trump continued to say that he has a good relationship with the North.

"So I think that's better than somebody that goes around saying we want to use the Libyan model," he said. "He said the 'Libyan model.' That set us back very badly when he said that. So I think John really should take a look at how badly they've done in the past and maybe a new method would be very good."

Denuclearization negotiations are expected to resume later this month, although no meetings have been scheduled.

North Korea earlier demanded that the U.S. come up with a "new calculation method" and renewed calls for U.S. sanctions relief and security guarantees for its regime.

Trump says 'new method' may be good for N.K. talks

Trump says 'new method' may be good for N.K. talks