SEOUL, Sept. 20 (Yonhap) -- The battle for first place in South Korean baseball this year, once thought to be long over, may only be getting started.

With seven games left in the regular season in the Korea Baseball Organization (KBO), the SK Wyverns, the 2018 Korean Series champions, are trying to hold on for dear life at the top, with a record of 84-52-1 (wins-losses-ties), leading the Doosan Bears (81-54) by only 2.5 games.

The Bears swept Thursday's doubleheader against the Wyverns and handed them a four-game losing streak. 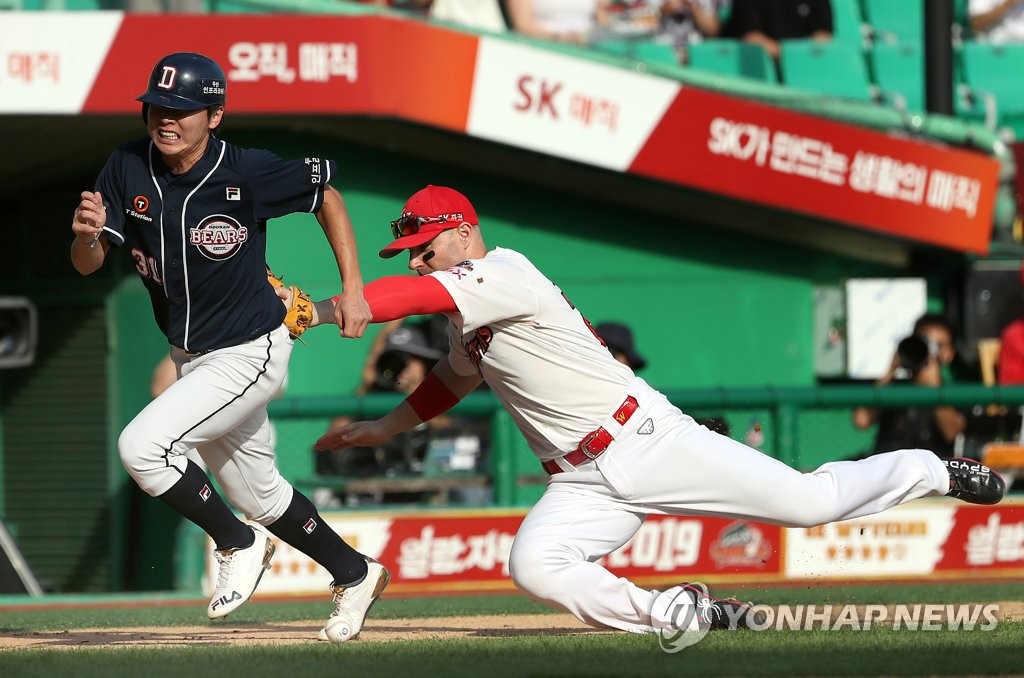 The Kiwoom Heroes (83-56-1) are also 2.5 games back of the Wyverns, though the Heroes only have four games left to play and they're behind the Bears in winning percentage because of their one tie.

As recently as Aug. 13, the Wyverns enjoyed an eight-game lead at the top. After beating the Bears 7-6 last Saturday, they were still up by 4.5 games, seemingly comfortable at the time.

But the Wyverns haven't been able to close out their rivals.

There's no such thing as a good time to lose four straight games, but the Wyverns couldn't have picked a worse moment to suffer their third four-game slide of 2019.

They have gone just 4-7-0 in September, during which they've been shut out three times.

The weather hasn't cooperated. From Sept. 4 to 7, the Wyverns had four straight games rained out. When they finally returned to the field, the Wyverns were blanked by the KT Wiz 5-0. Following the regular off day Monday, the Wyverns had another game wiped out on Sept. 10. Then they dropped two of the next three games, including a 1-0 loss to the last-place Lotte Giants.

Hitting has rarely been the Wyverns' strength this year, anyway, and they rank in the bottom half of the league in team batting average, hits, on-base percentage and slugging percentage. Pitching, on the other hand, is mostly what got them this far, but it has been shaky in September.

Right-hander Henry Sosa was forced to skip a turn in the rotation because of fatigue, and the Wyverns' bullpen day against the Wiz last Sunday went awry, as seven pitchers combined to give up 11 hits and walk eight in an 8-6 loss. No. 1 starter Kim Kwang-hyun made his first regular season relief appearance in nearly three years, only to allow a home run in the ninth. 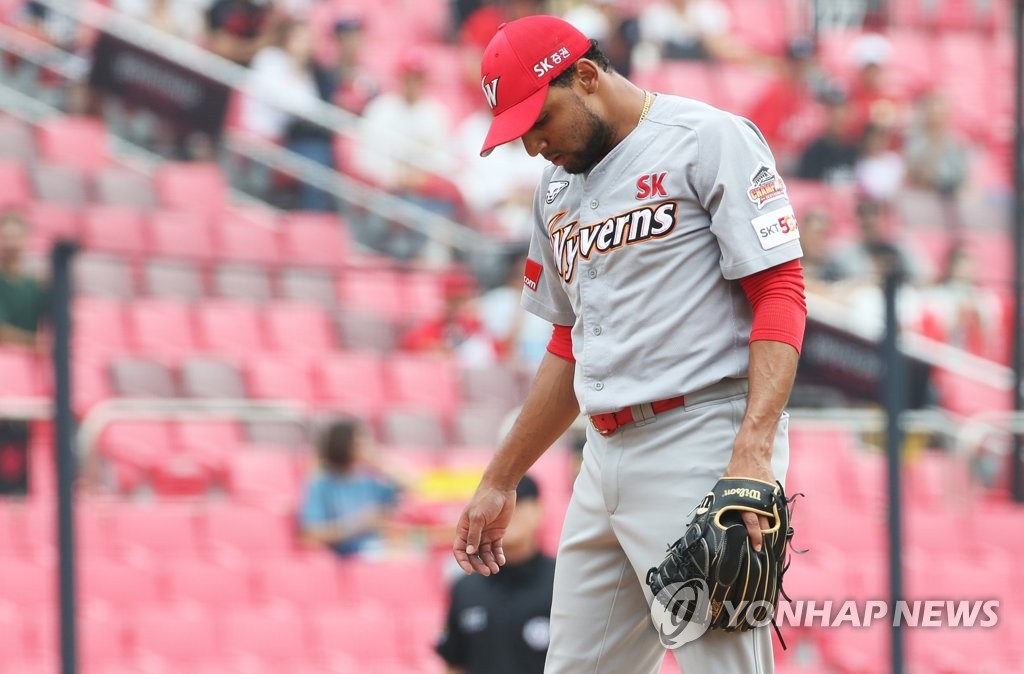 Sosa returned to action Wednesday but served up three homers against the NC Dinos in six innings, as the Wyverns lost 6-0.

Another starter, Angel Sanchez, will be held out of his scheduled turn Friday, after allowing 10 earned runs in his past 10 innings over two starts.

The Wyverns' magic number to take the pennant -- the combination of their wins and losses by the second-place club -- remains at six.

There are perks to finishing first in the KBO regular season. The pennant holder advances directly to the Korean Series. The third-place team has to go through two playoff rounds to reach the championship final, while the No. 2 team must play one round to get to the final stage. The first-place club has about three weeks between the end of the regular season and the start of the Korean Series.

The "rest vs. rust" debate is an annual occurrence in this league every October, but skippers often say they'd rather take a few days off and watch other playoff teams beat up each other for a couple of weeks than go through the grind themselves.

The Wyverns could certainly use some time off to regroup, but they're going to have to earn it. 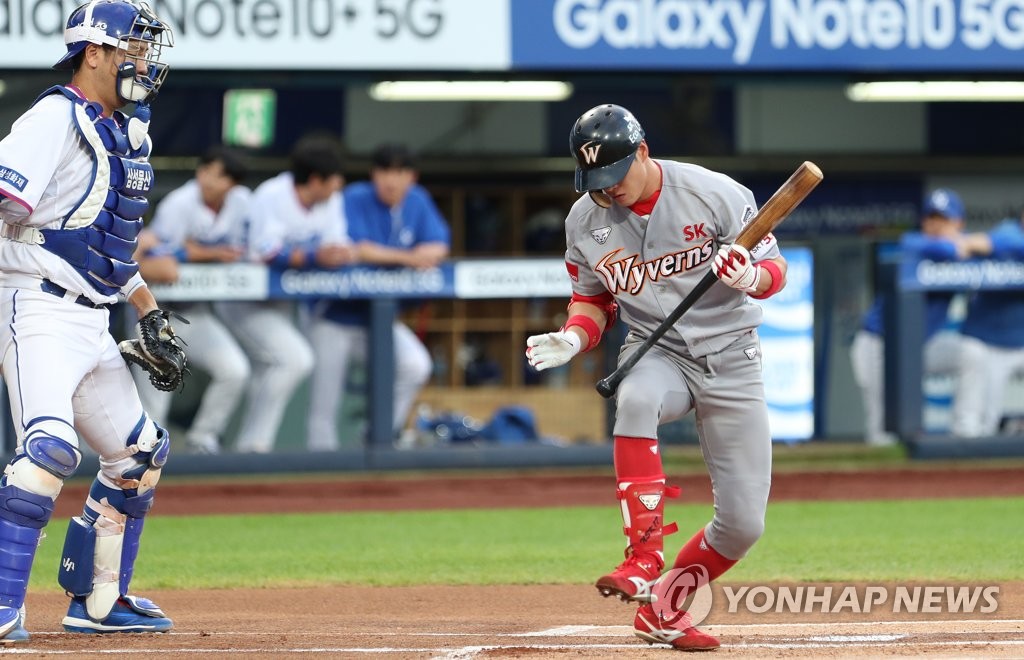