SEOUL, Sept. 20 (Yonhap) -- Political parties agreed Friday to conduct an annual parliamentary audit of government agencies early next month as they put in place a detailed schedule for the ongoing regular session of the National Assembly.

The audit session of more than 700 government agencies will start on Oct. 2 and run until Oct. 21.

The chiefs of the ruling Democratic Party (DP), the main opposition Liberty Korea Party (LKP) and the minor opposition Bareunmirae Party will deliver speeches from Oct. 28 to 30.

The parliamentary speeches were originally set for this week, but they were put on hold amid partisan wrangling over Justice Minister Cho Kuk, whose family faces allegations of corruption.

The conservative opposition parties oppose Cho's participation in a parliamentary plenary session, claiming that they cannot recognize him as a Cabinet member.

The government will give a budget speech on Oct. 22 to explain to lawmakers its proposal for next year's spending. 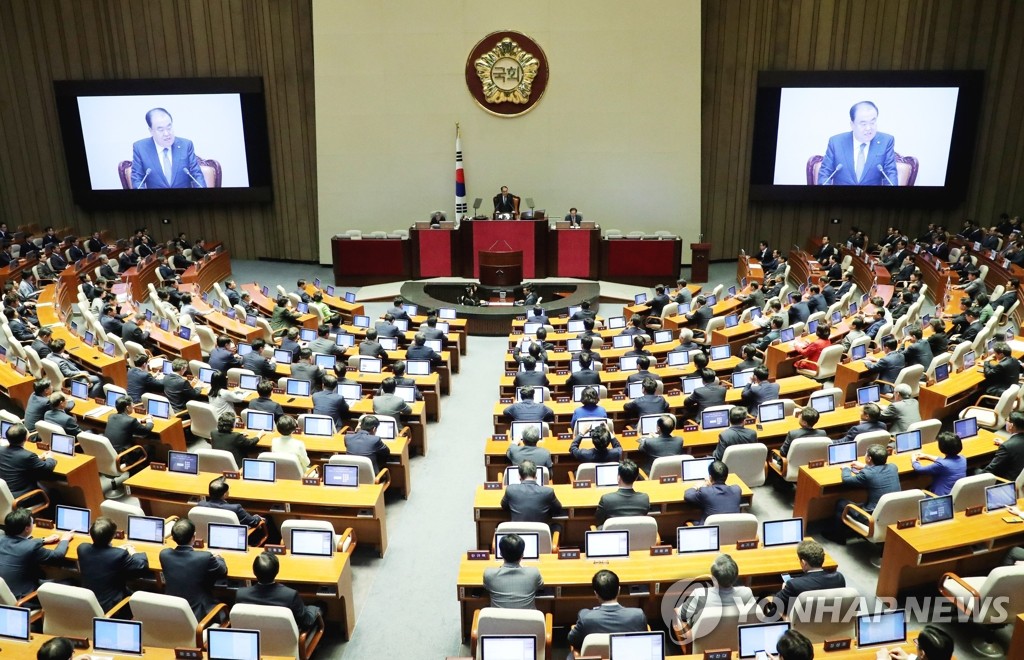