SEOUL, Sept. 20 (Yonhap) -- The southern parts of the nation could sustain significant damage as a typhoon is expected to pass nearby over the weekend, the state-run weather agency said Friday.

As of 3 p.m., the typhoon's central pressure was 980 hectopascals and the maximum wind speed at its center was 104 kilometers per hour, with a wind radius of 330 kilometers, the agency said. The figures were all up from the previous day, it added.

"Typhoon Tapah was moving west-northwest on seas 380 kilometers south-southwest of Okinawa at a speed of 2 kilometers per hour," the agency said. The typhoon gained force overnight as it stayed on high-temperature seas due to its slowdown. 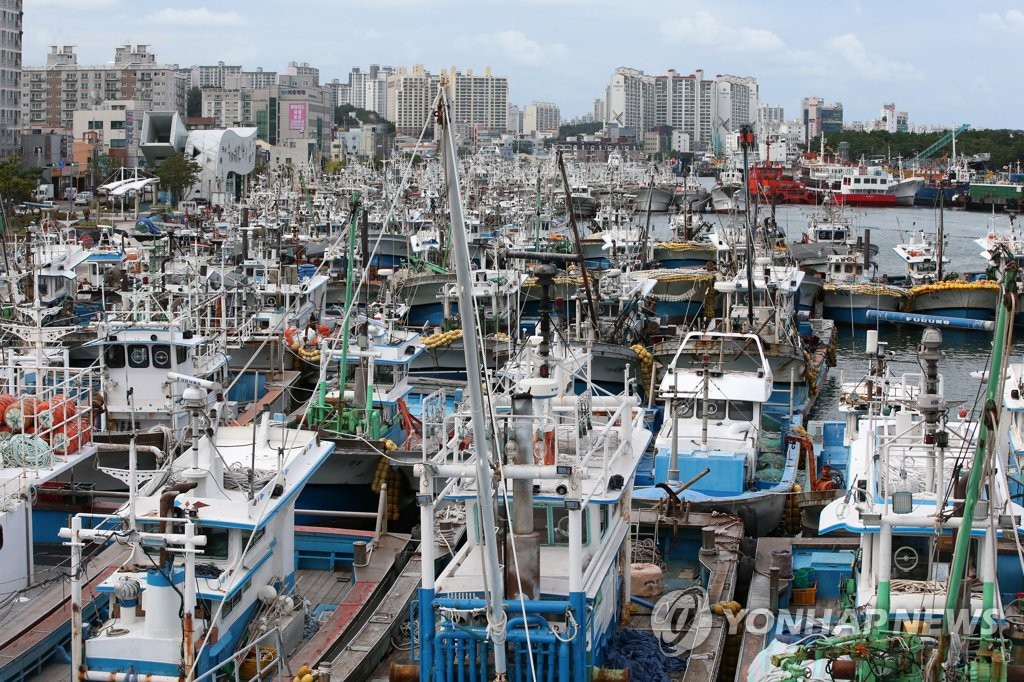 In particular, the typhoon is feared to develop into a medium-level one when it nears the Korean Peninsula. It is forecast to be strongest at 3 a.m. Sunday, with a maximum wind speed at its center reaching 133 kilometers per hour, according to the agency.

The typhoon is also likely to bring downpours of up to 150-400 millimeters to Jeju and 100-300 mm to South Jeolla and Gyeongsang provinces and Dokdo between Saturday and Monday. 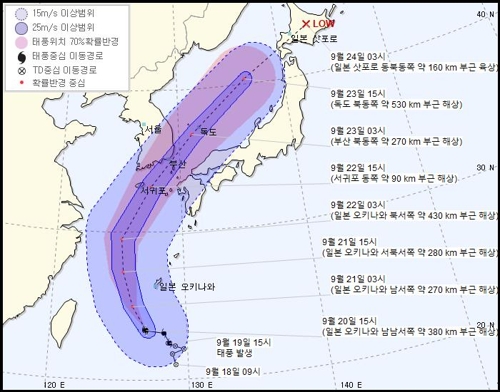