SEOUL, Sept. 20 (Yonhap) -- The Battle of Incheon, code-named Operation Chromite, of Sept. 15-19, 1950, was a historic amphibious landing mission during the 1950-53 Korea War. It turned the tide of the war in favor of the United Nations troops by successfully cutting the North's supply and communication lines.

A day before the Incheon operation, a small diversionary operation was staged at Jangsari in Yeongdeok, a small fishing village on the east coast, 350 kilometers southeast of Seoul, to draw North Korean attention away from Incheon. The mission involved 772 teenage soldiers.

The war film "Battle of Jangsari," co-directed by Kwak Kyung-taek and Kim Tae-hoon, depicts this lesser-known operation, during which most of the young untrained soldiers were killed. 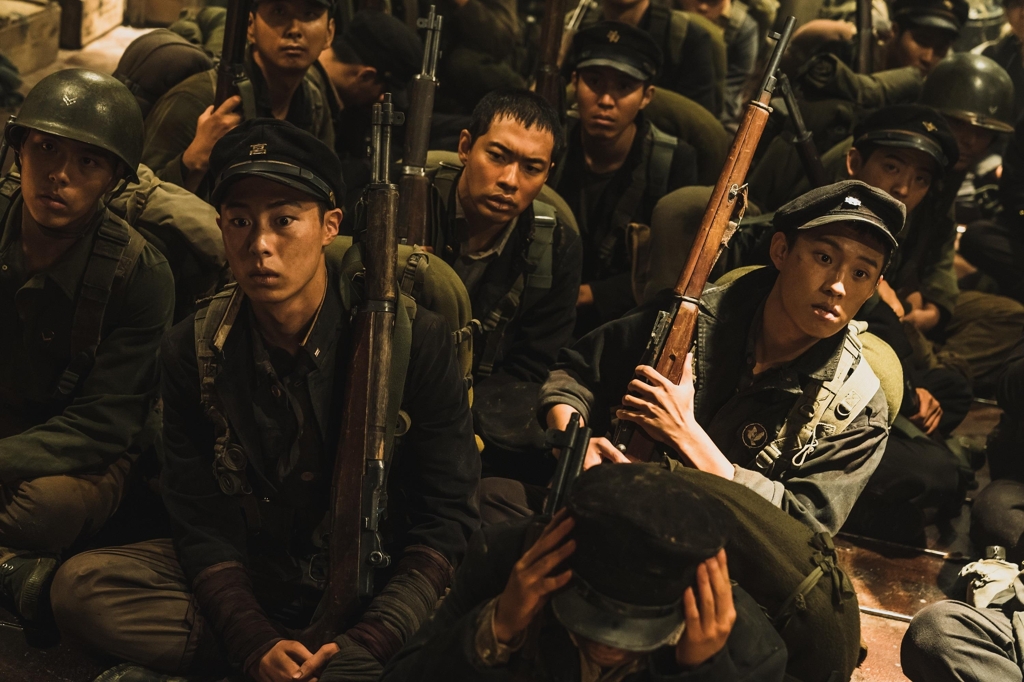 The movie opens as the ship Moonsan with Captain Lee Myung-joon (Kim Myung-min) and his unit of 772 student soldiers aboard heads to Jangsari.

Due to inclement weather, the Moonsan runs aground before reaching the shore and a number of soldiers are killed under a rain of shells and gunfire while swimming to the beach.

After a tumultuous skirmish, which also claims numerous lives, they finally occupy the North's guard post by the beach. But soon they have to face a large-scale North Korean attack.

As time goes by, the student-soldier unit is cornered and isolated as they lose radio communications and run low on food and ammunition.

Unlike other war films, "Battle of Jangsari" does not concentrate on the cruelty or brutality that warfare creates or on hostility toward the North Korean side. Rather, it shows the cold-bloodedness of the military commanders who decided to send teenagers with little training on what amounted to a suicide mission.

The cinematography does not show combat in a spectacular way, nor does it fill the screen with machine guns and heavy tanks. Nevertheless the battle is a scene of carnage. 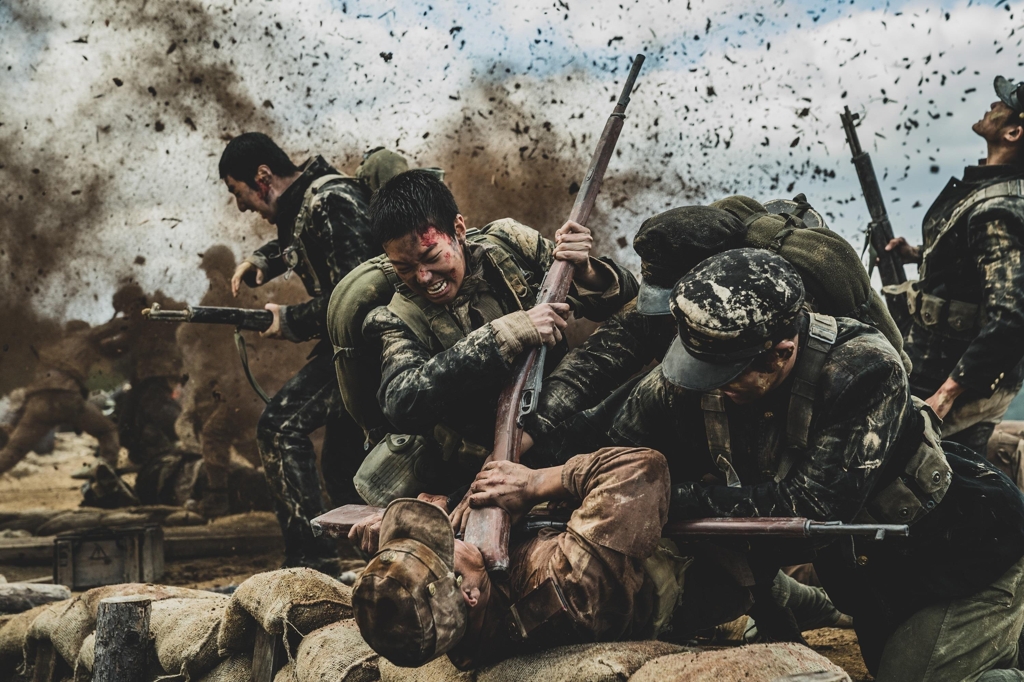 The tragedy is highlighted by a shot showing waters filled with countless school caps once owned by the soldiers killed in the first fight.

As battle intensifies, the stories of individual youths emerge. The tragedy of a boy from the North serving in the South's Army coming face to face with his cousin who fights for Pyongyang could seem like a cliche in a homegrown film about the Korean War, but his status as a student soldier creates a reality that makes the viewer realize this was commonplace in the Korean War.

Director Kwak said he tried to pay more heed to the young students' sacrifice in the Jangsari operation, which was kept secret for decades, during the 100-minute film. He cut out many scenes that tell the detailed stories of each character because they might have distracted audiences from the main message.

"It's not a long film and not a big story. And it's not about a hero," he said in a press conference. "But it is about a story of student soldiers. I want to make this film solid and well-organized."

Hollywood actress Megan Fox plays the role of a war correspondent who tries to reveal the truth of the Jangsari operation. But her part does not seem to be necessary in the movie.

"Battle of Jangsari" will hit local screens on Wednesday. 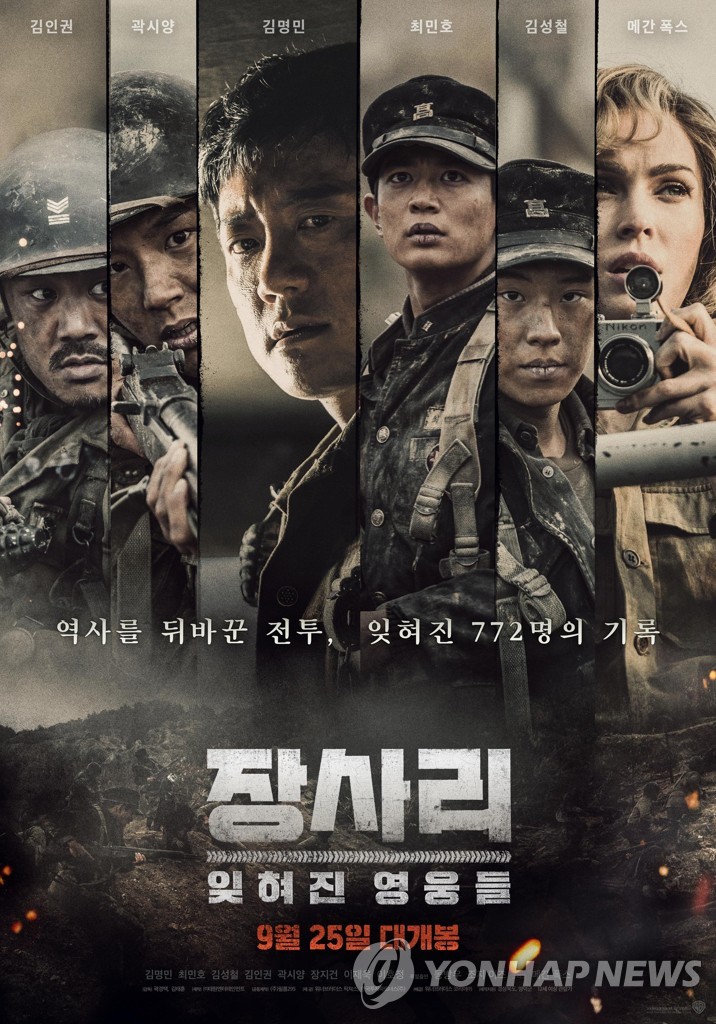