SEOUL, Sept. 20 (Yonhap) -- President Moon Jae-in's approval rating has declined to a record low, hit by a controversy over his appointment of the new justice minister, a poll showed Friday.

Moon's support fell 3 percentage points on-week to 40 percent, according to a Gallup Korea poll of 1,000 voters nationwide. The survey was conducted from Tuesday to Thursday.

It marked the lowest reading since Moon took office in May 2017. Moon was elected president with 41.08 percent of the vote.

The poll came as prosecutors widened their probe into allegations of document forgery and suspicious financial investment surrounding the family of Justice Minister Cho Kuk. Moon appointed the key political ally last week despite public outcry over the allegations.

In a separate poll by Realmeter released Thursday, Moon's approval rating also declined to the lowest point of 43.8 percent.

The portion of those who have a negative view of Moon's presidency rose to an all-time high of 53 percent, up 4 percentage points from a week earlier, Gallup said.

The pollster said "personnel" issues were cited as the prime factor for negative public views about Moon's performance, affected by Moon's appointment of the new justice minister.

Cho's wife was indicted for allegedly forging a school award to help her daughter gain admission to a medical school. His family also faces a corruption scandal over an investment in a private equity fund.

The presidential office Cheong Wa Dae said it will not be swayed by the poll outcome, vowing to focus on carrying out its duty.

The support rating for the ruling Democratic Party reached 38 percent while that of the main opposition Liberty Korea Party came to 24 percent.

The poll had a margin of error of 3.1 percentage points and a 95 percent confidence level. 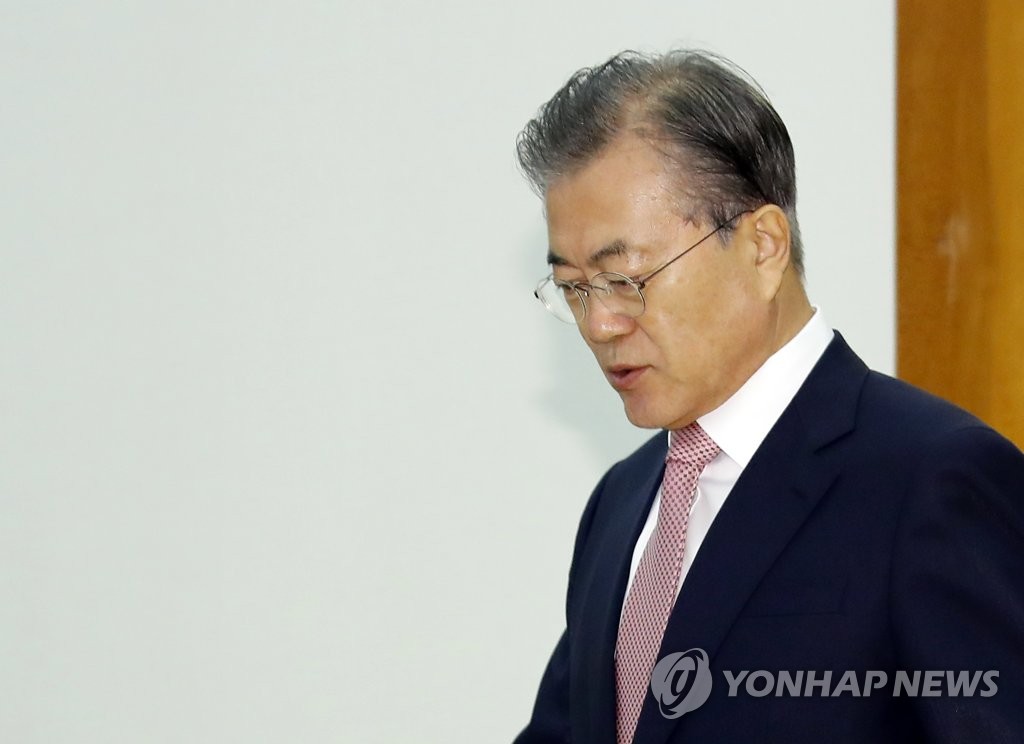