SEOUL, Sept. 20 (Yonhap) -- With her Stanford degree in science, technology and society, Kristie Ahn could have secured a steady job in Silicon Valley and commanded a six-figure salary.

Instead, the Korean-American tennis player chose to grind it out on the WTA Tour, playing in US$25,000 tournaments and often not even making it to the final. 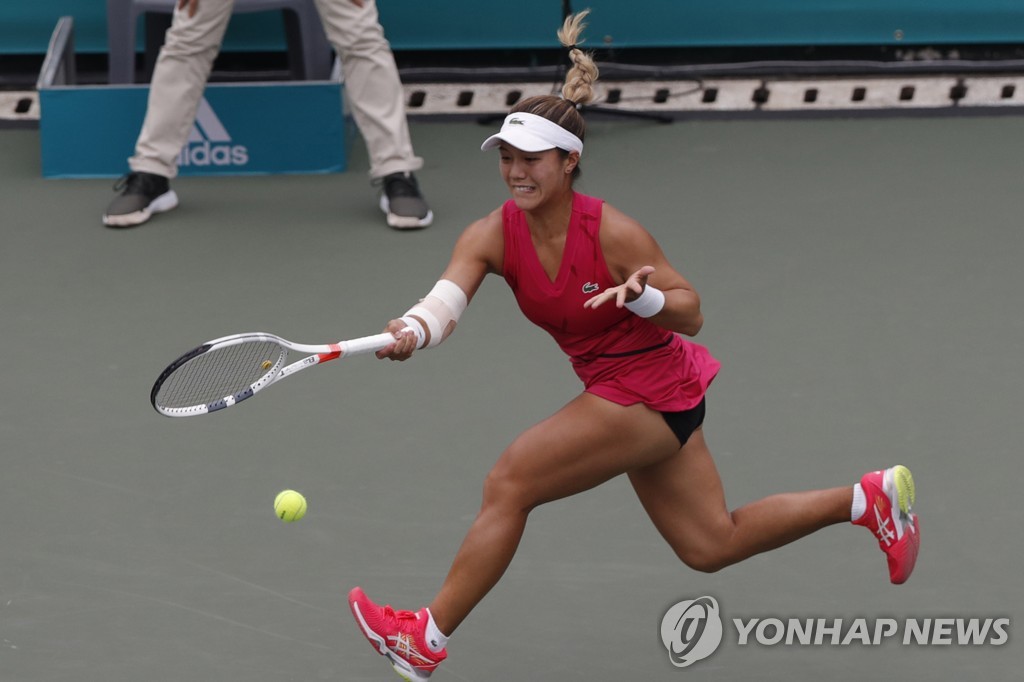 The world No. 93 came up short again on the tour, losing to the 39th-ranked Ekaterina Alexandrova 7-6 (0), 4-6, 4-6 in the quarterfinals of the Korea Open in Seoul on Friday. But to hear Ahn tell it, she wouldn't have it any other way.

"I am enjoying my time. This opportunity doesn't come around a lot," Ahn said of playing professional tennis. "I think everyone has their own path. Hopefully after tennis, I'll get a good job in Silicon Valley."

Ahn admitted that "logically, it doesn't make sense" to have chosen professional tennis over a corporate job.

"My father asked, 'Why would you turn down stability for risk?'" Ahn said. "For me, the answer is passion. I think that's what every tennis player can agree with."

And for Ahn, the life of being a touring pro is more than about just trying to win matches.

"I've always said my goals are not ranking based. For me, it's always been more, 'How can I use this platform to impact others and influence other Korean-Americans, Asian-Americans and Koreans in general?'" Ahn said. "And it will hopefully allow me to give me a stepping stone into a life after tennis. I don't know exactly what that will be, but hopefully, it will be something I can be passionate about, just like tennis."

Against Alexandrova, Ahn won the first set in a tiebreak and held a 2-0 lead in the deciding third set. Knowing her background -- Ahn was born in New York to Korean parents -- the crowd at Olympic Park Tennis Center was fully behind her. Some fans even chanted her Korean name, Hae-rim. 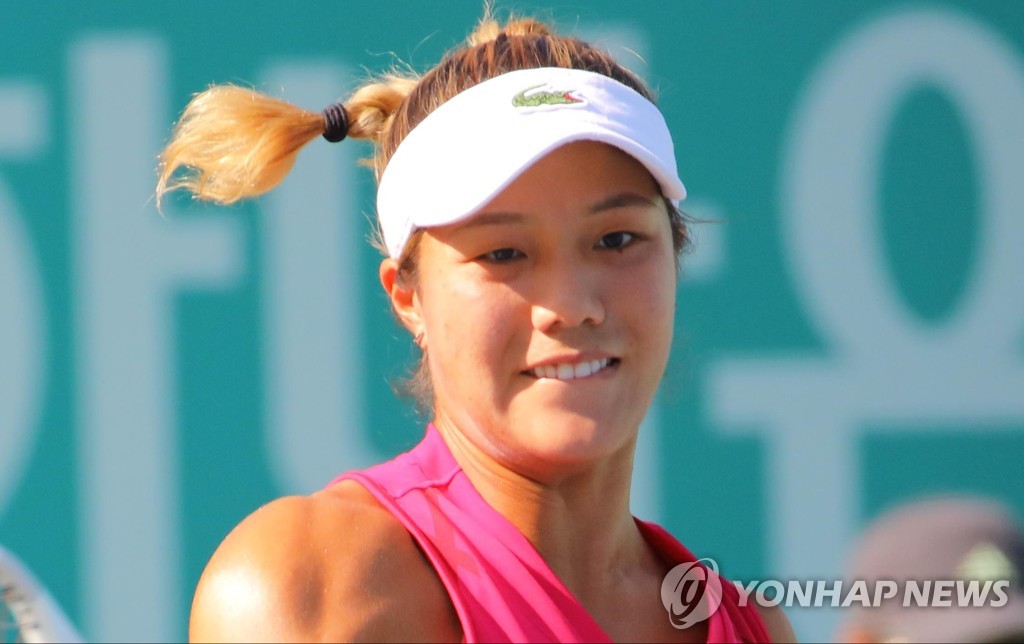 "I feel honored to have so many people come out and support me," she said. "Only my family calls me Hae-rim, so this is different. It's weird, but it's not a bad thing."

Ahn used a medical timeout during the first set to treat her ailing elbow. She said she'd taped it for every match this week, and Friday was the first time it hurt.

"(The match) was really close. I obviously wish I could have come out with a win," she said. "Considering the circumstances, I am still proud of how I fought today."

Korean-American tennis player hoping to use career to influence others

Korean-American tennis player hoping to use career to influence others