Parts of the island received 215 millimeters of rain as the typhoon was bearing down on South Korea.

The Korea Meteorological Administration said that Typhoon Tapah could dump more than 600 millimeters of rain in some mountainous areas in Jeju between Saturday and Monday.

Typhoon Tapah was moving northward at 22 kilometers per hour from waters about 540 kilometers south-southwest of Seogwipo, the second-largest city on Jeju Island, as of 9 p.m., according to the weather agency.

The Typhoon is expected to pass over the waters east of Jeju Island during daytime Sunday and that night move past the southeastern city of Busan and toward the East Sea. 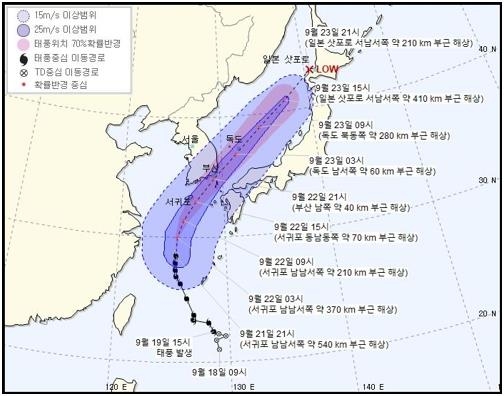 The weather agency said some areas of Busan could receive could more than 500 millimeters of rain until early Monday.

The weather agency also has not ruled out the possibility that the typhoon could make landfall on the country's southern coast.

At around 9 a.m. on Monday, the typhoon is expected to pass waters 280 kilometers northeast of the country's easternmost islets of Dokdo.

"I ask citizens to refrain from going outside when the country is under the influence of the typhoon and ensure their safety when there are concerns about the possibilities of landslides or flooding," Chin said. 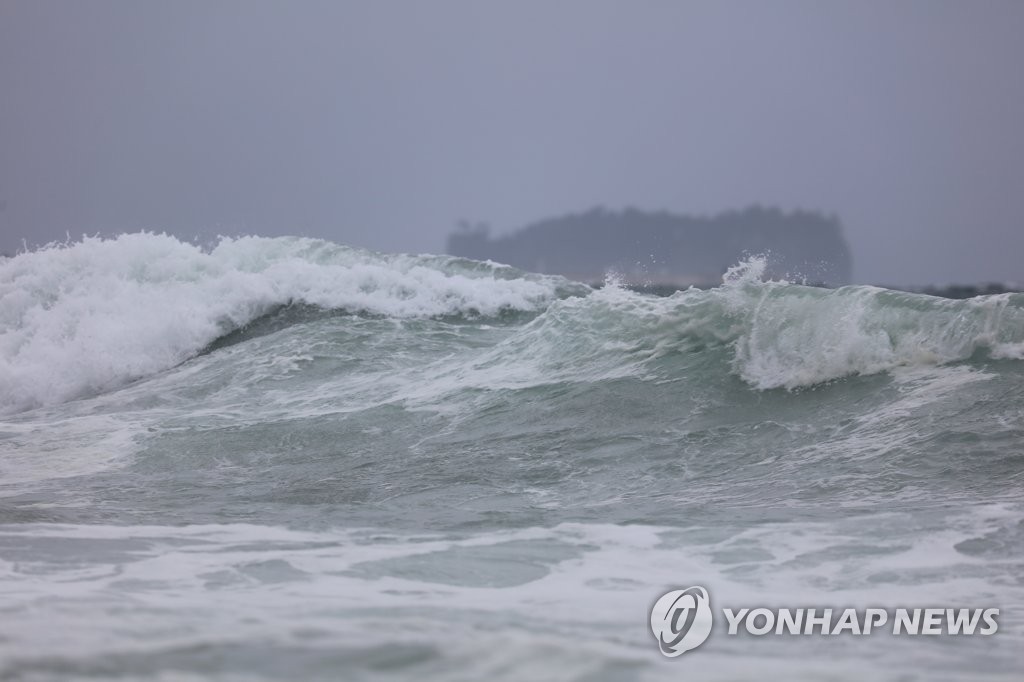