SEOUL, Sept. 22 (Yonhap) -- President Moon Jae-in left for New York on Sunday to attend the U.N. General Assembly and hold a summit with U.S. President Donald Trump ahead of an expected resumption of nuclear talks between Washington and Pyongyang.

Moon plans to use the talks with Trump, set for Monday (local time), and his attendance at the U.N. session to help revitalize the peace and denuclearization process with North Korea and broaden international support for it, officials said.

In his ninth summit with Trump, Moon will "discuss ways for cooperation for the complete denuclearization of the Korean Peninsula and establishment of permanent peace," Choi Jong-kun, Cheong Wa Dae secretary for peace planning, told reporters.

The peace efforts are at another crucial juncture, with a new round of working-level negotiations between North Korea and the U.S. just around the corner.

Their Hanoi summit in February finished abruptly with no deal, but Trump had a historic meeting with North Korean leader Kim Jong-un at the DMZ village of Panmunjom at the end of June.

The planned working-level denuclearization talks are a fruit of the Panmunjom event. No date and venue have been announced yet.

The talks are set to come after the departure of John Bolton, known for his hawkish view on Pyongyang, from the U.S. national security adviser job.

Trump signaled a push for a "new method" in dialogue with Pyongyang. The communist nation's new nuclear envoy, Kim Myong-gil, welcomed it. 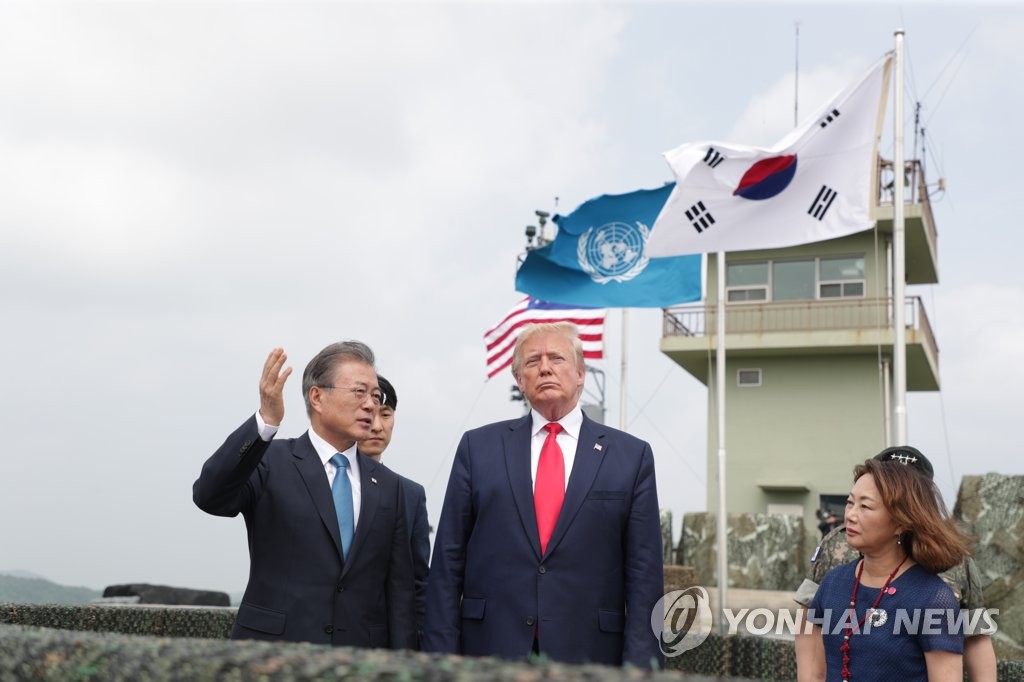 Moon, who seeks to facilitate and support Washington-Pyongyang talks, is looking forward to pooling wisdom with Trump on ways to advance the peace process.

He also hopes to dispel public worries about the health of the Seoul-Washington alliance.

During his first summit with Trump in nearly three months, Moon may also raise the issue of a trade war between South Korea and Japan. Seoul hopes for Washington's role in resolving the dispute.

Japan applied stricter export restrictions against South Korea in early July in apparent retaliation over a historical issue. It then removed Seoul from its so-called trade whitelist.

The Moon administration hit back with a decision not to extend a bilateral accord on exchanging military information. The U.S. is "disappointed" by Seoul's move, voicing concern about the potential negative impact on trilateral security cooperation in Northeast Asia.

Trump is pressing Seoul to make more financial contributions to the operation of the 28,500-strong U.S. Forces Korea. 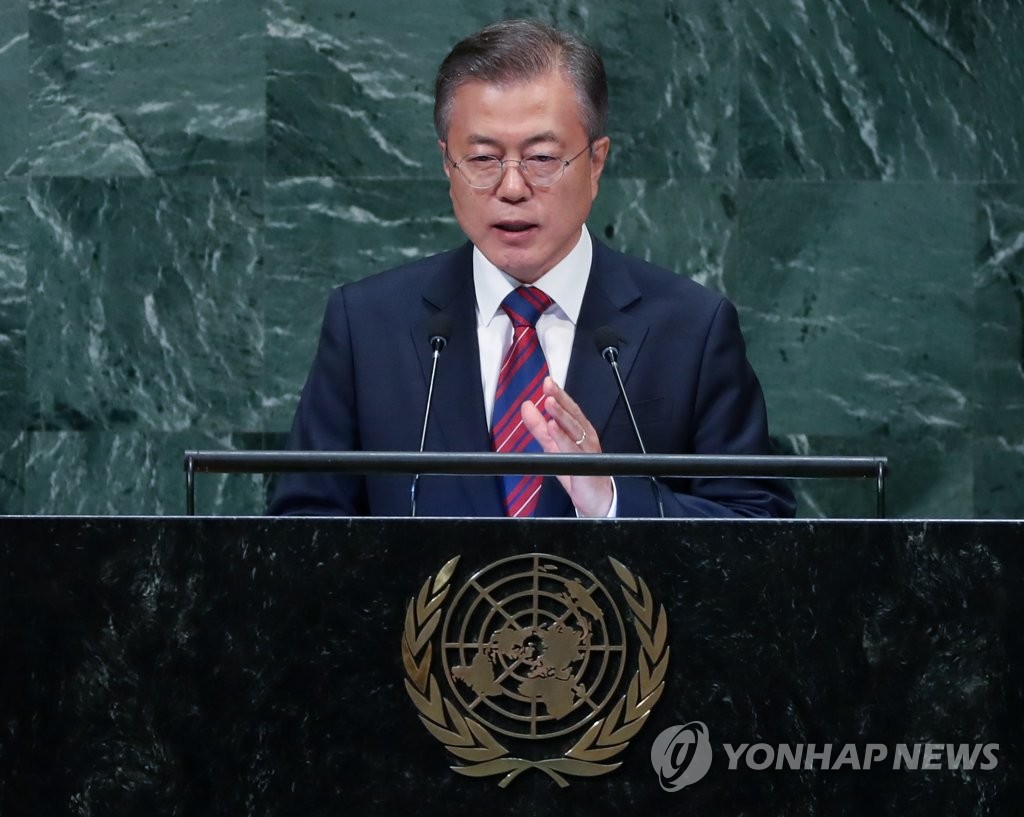 Moon will deliver a keynote speech at the U.N. session Tuesday on Seoul's peace vision and initiative. He's expected to appeal to the international community for more support.

He will sit down with U.N. Secretary-General Antonio Guterres and take part in the U.N. Climate Action Summit.

He is to meet International Olympic Committee (IOC) President Thomas Bach as well, with the South bidding to co-host the 2032 Summer Olympics with the North

He is also scheduled to have a series of bilateral summits with his Polish, Danish and Australian counterparts as well as joining a ceremony to commemorate the 150th birth anniversary of Mahatma Gandhi at the request of Indian Prime Minister Narendra Modi.

The president is unlikely to have bilateral talks with Japan's Prime Minister Shinzo Abe during his stay in New York, according to an informed source.

Moon will return to Seoul on Thursday.