And she's perfectly fine with it. Inkster joined other World Golf Hall of Famers, Pak Se-ri, Annika Sorenstam and Lorena Ochoa, at an exhibition golf event called the Seolhaeone·Cell Return Legends Match in Yangyang, 215 kilometers east of Seoul, over the weekend. Inkster teamed up with Australia's Minjee Lee in the foursome competition Saturday and shot a 4-over 76 to finish third among four teams.

Inkster is the oldest of the four members of the "LPGA Legends" team, but she's also the only active player. The 1984 LPGA Rookie of the Year hasn't officially retired.

Inkster had her ups and downs Saturday, which was to be expected of a golfer who doesn't compete as much as before. After her round, Inkster said she was at complete peace with the state of her game.

"As you get older, your body doesn't move like it used to, and there are other things going on in your life beside golf," said Inkster, who famously juggled raising two daughters and capturing 31 LPGA titles, including seven majors.

"You have other activities and other things like kids, but it's fine," Inkster added. "Things change. I don't think there's anything wrong with it." 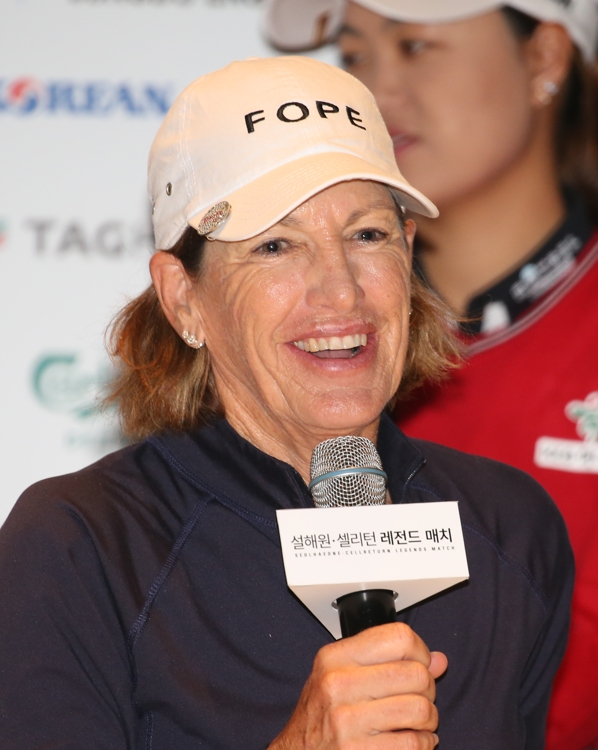 Then referring to Pak, Sorenstam and Ochoa, all retired, Inkster said: "We still all love the game. We don't play as well as we used to, but I think all four of us are okay with that."

Inkster, who has captained the U.S. at each of the past three Solheim Cups, said she hopes to leave her mark on golf in different ways than just winning tournaments.

"The generation before me left the game in such a great place so I was able to make a living and do what I loved to do," she said. "I think it's all our job to leave it in a better place for these (young) ladies to play great golf and make a living."

LPGA legend Juli Inkster at peace with her game

LPGA legend Juli Inkster at peace with her game