The powerful typhoon, packing wind gusts of 126 kph with an atmospheric pressure of 970 hectopascals at its center, was about 330 kilometers southwest of Jeju traveling at a speed of 20 kph as of 6 a.m., according to the Korea Meteorological Administration (KMA). 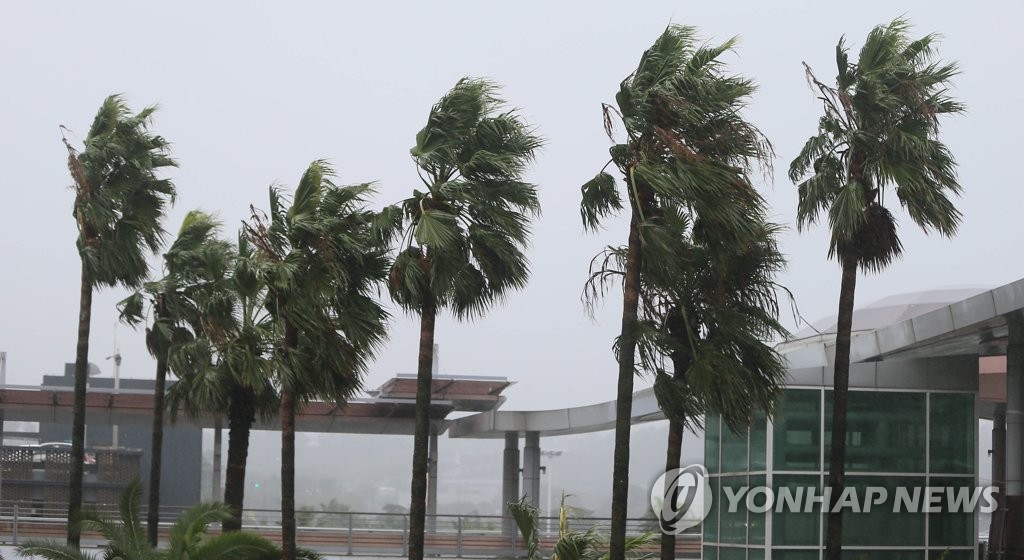