SEOUL, Sept. 22 (Yonhap) -- The average annual salary of wage earners rose 4.6 percent in 2018 from a year earlier, a think-tank report showed Sunday, with the income gap between conglomerates and small businesses also narrowing over the period.

South Korean wage workers earned 36.3 million won (US$30,543) annually on average last year, up 1.59 million won from 2017, according to the report released by the Korea Economic Research Institute (KERI).

The number of employees earning more than 100 million won came to 460,000, accounting for roughly 3 percent of all wage workers.

The income gap among workers of conglomerates and small and medium-sized firms also narrowed, the report showed.

Workers at these firms earned 37.7 million won in 2018, which accounts for 58.1 percent of the 64.8 million won earned by conglomerate employees. The figure marked a slight rise from 55.7 percent from 2017. 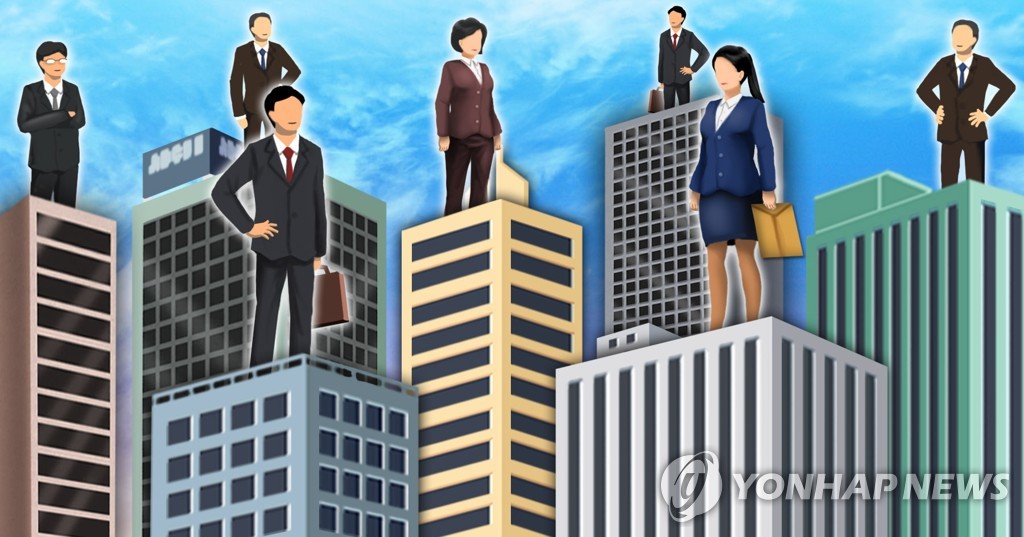