"We urge local farms to make strict preparations so that quarantine authorities can launch disinfection operations as soon as the rain stops," Agriculture Minister Kim Hyeon-soo said during an emergency meeting on ASF.

"After the typhoon moves out of the country, we need to implement quarantine operations from square one," he added.

South Korea has been rolling out nationwide disinfection operations to prevent the spread of the deadly animal disease.

On Tuesday, the South Korean authorities confirmed the country's first case of the highly contagious virus at a farm in Paju, located near the border with North Korea. The country reported the second confirmed case of the disease in the neighboring Yeoncheon the following day.

While two other suspected cases reported Friday turned out to be negative, the ministry has been under a red alert amid the growing possibility that the disease can strike other areas of the country.

Although the disease is not harmful to people, it is fatal and highly contagious for pigs, with no cure currently available.

The ministry added it had culled more than 13,000 pigs from farms in Paju and Yeoncheon as of late Saturday.

The ministry is especially keeping a watchful eye on the typhoon as heavy rainfall may lead to leaks of contaminated substances from burial sites. 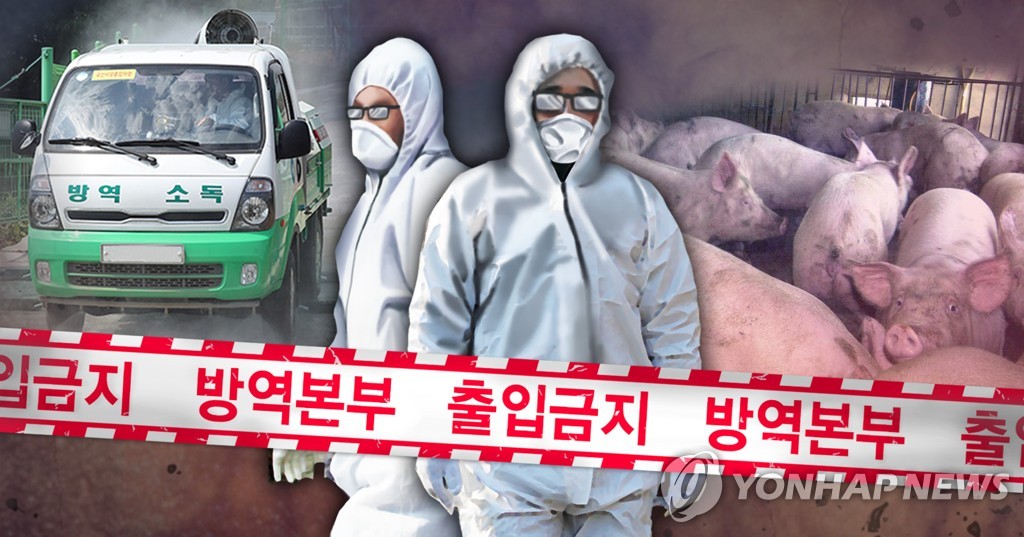