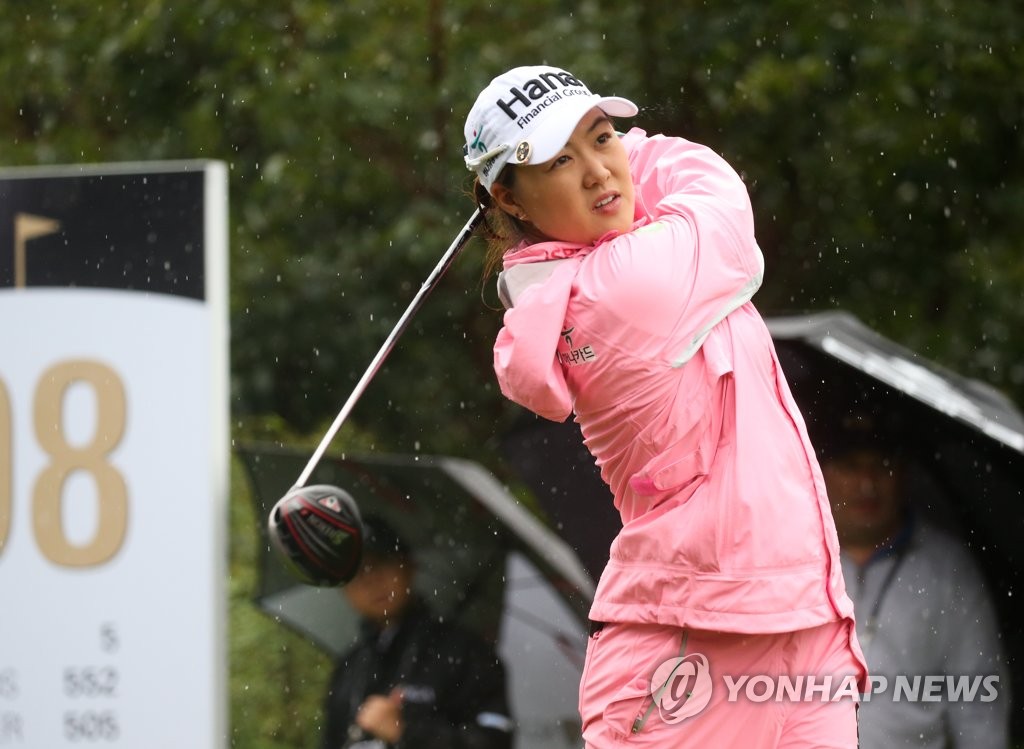 Each hole was worth 2 million won and Park claimed the opening hole to take the first 2 million. No one won the next three holes outright, leaving 8 million won at stake at the fifth hole. Lee won it by sinking a 20-foot birdie putt.

The match was called off after 10 holes because of heavy downpours brought on by Typhoon Tapah.

Proceeds from the match will be donated to help Gangwon Province's recovery efforts from wildfires earlier this year.

The four golfers who took part in the skins game formed the "Next Generation" team. On Saturday, they played in a foursome match with members of the "LPGA Legends" team, made up of the event host Pak Se-ri, Annika Sorenstam, Lorena Ochoa and Juli Inkster.

The four veterans hit ceremonial tee shots at the start of the skins game on Sunday. 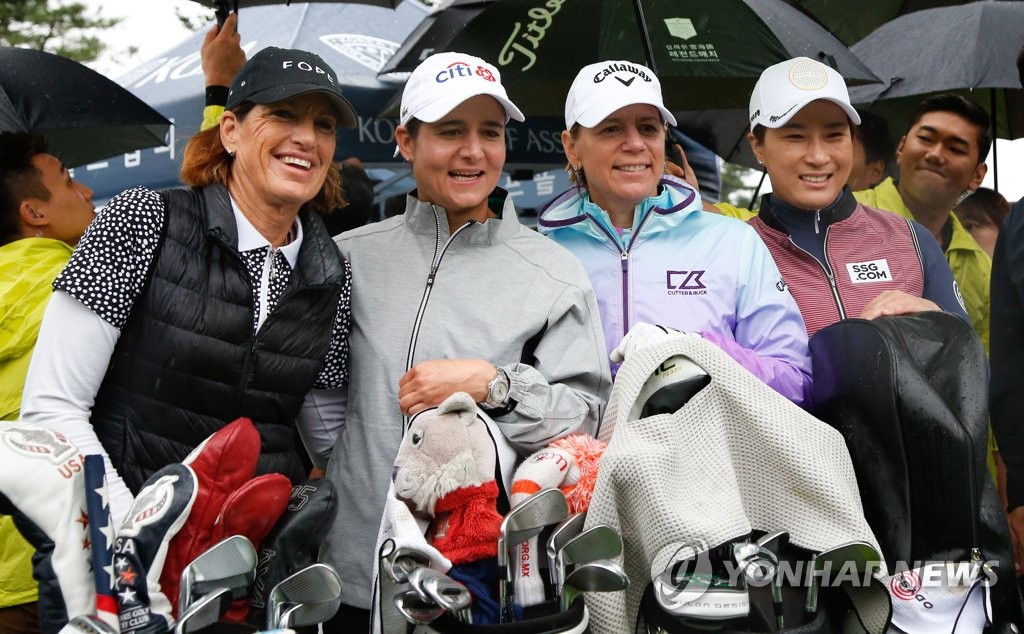