Citing related consultations between South Korea and the U.S., Foreign Minister Kang Kyung-wha said the Donald Trump administration is open to discussions on such issues as security assurance and sanctions relief.

She arrived in New York earlier in the day, accompanying President Moon Jae-in ahead of his summit talks with Trump.

Moon and Trump are expected to compare notes and exchange ideas on how to jump-start the Korea peace process.

Washington and Pyongyang will likely restart talks, led by their top nuclear envoys, in the coming weeks.

"I think the biggest task in the working-level negotiations is to create a road map," Kang said at a press briefing here, when asked whether they will reach an agreement on the definition of denuclearization. 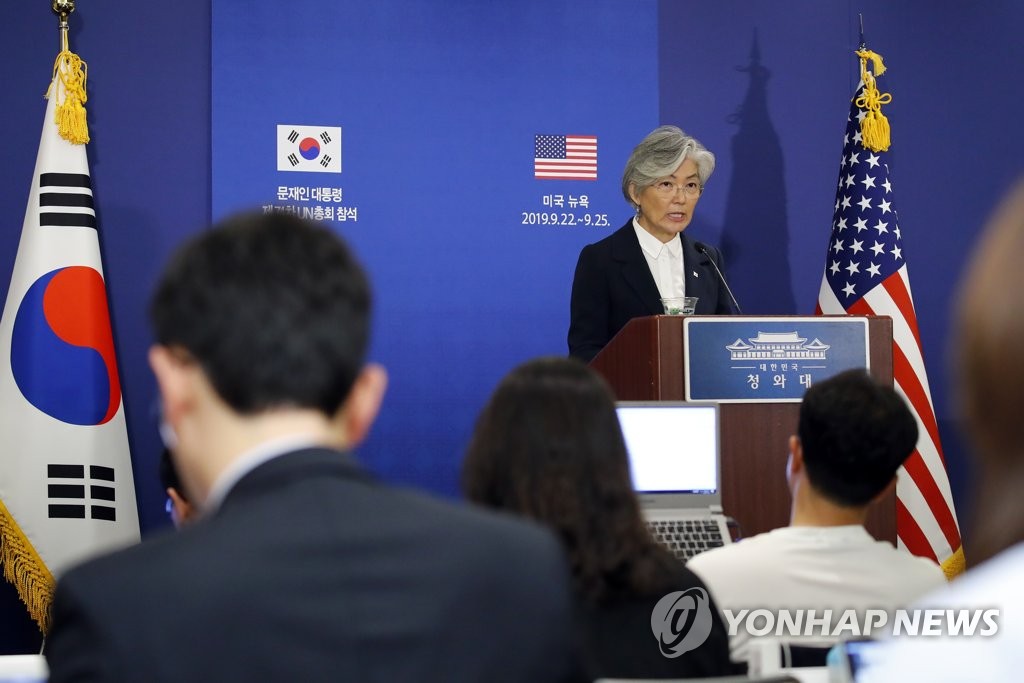 During their Hanoi summit in late February, Trump and North Korean leader Kim Jong-un were apart over defining agreed-upon denuclearization. They ended the talks without any accord, as Trump called for a "big deal," while Kim demanded sanctions relief in return for the verified dismantlement of the Yongbyon nuclear complex.

Trump recently indicated a shift to a "new method" and the North hailed it.

Since the Hanoi summit, Pyongyang has been talking a lot about security assurance, Kang pointed out. The North is also eager to get U.S.-led sanctions against its regime relaxed or removed.

Regarding the matters of security guarantee and sanctions, the minister said Washington has a "basic position" to have negotiations with Pyongyang with "an open attitude." 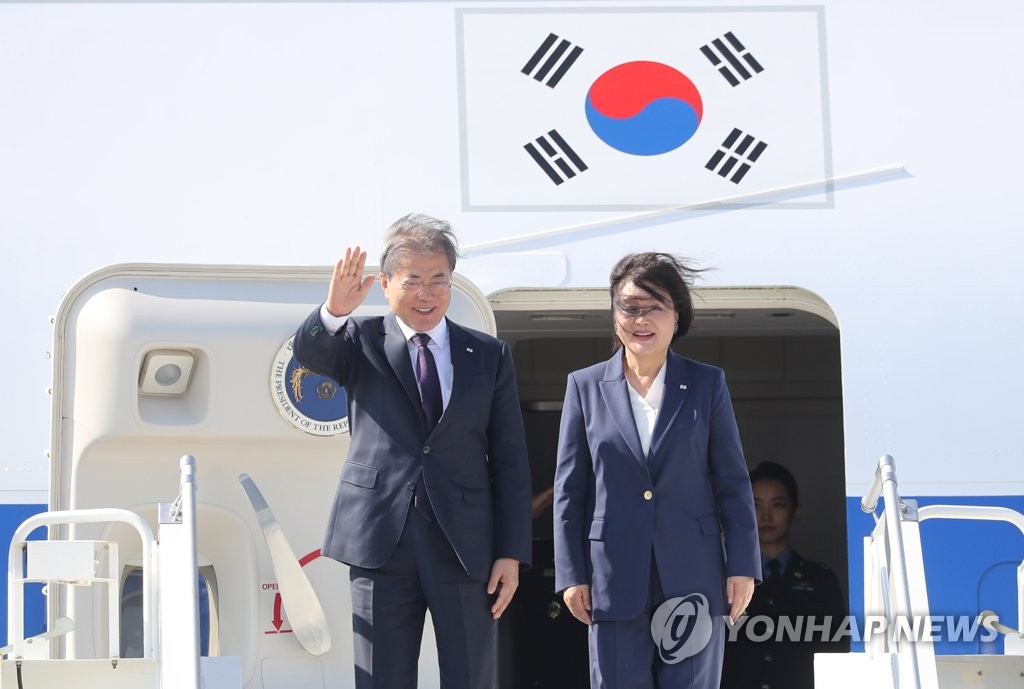 Meanwhile, Moon plans to attend the 74th session of the General Assembly of the United Nations. He will be the first South Korean president to join the event for the third consecutive year.

Kang said it reflects the South Korean government's determination to "take responsibility and play a role to match its stature and contribution on the international stage."

Moon will announce Seoul's plans to expand its global role and contribution, which includes the 2020 hosting of the P4G summit on green growth and climate change, and doubling of its official development assistance (ODA) by 2030 and playing host to the 2021 peacekeeping ministerial conference.

The president's participation in the U.N. session is expected to serve as a chance for solidifying South Korea's stature and position as a middle power, as he plans to express support for multilateralism, which the international body pursues, and clarify Seoul's commitment to making contributions to deal with global issues, the minister said.