SEOUL, Sept. 23 (Yonhap) -- Bridging the gap between the United States and North Korea in their nuclear negotiations will not be an easy task, Unification Minister Kim Yeon-chul said Monday, stressing the importance of building trust to move the stalled talks forward.

Kim made the remarks as Washington and Pyongyang are gearing up to resume their negotiations, with their working-level talks expected in the coming weeks. The North's new nuclear envoy, Kim Myong-gil, on Friday welcomed U.S. President Donald Trump's suggestion of a "new method" to break the impasse in the negotiations and expressed optimism for the upcoming talks.

"If the talks actually take place, it will be ... a good chance to assess the direction of the denuclearization negotiations down the road," the minister said in a keynote speech at a conference in Seoul.

"Yet, it will not be all that easy to close the difference between their positions confirmed in Hanoi," he said. "They need to restore trust in each other. It is hard to build trust while maintaining a hostile policy."

The Hanoi summit between Trump and North Korean leader Kim Jong-un collapsed without a deal in February as the two sides failed to find common ground over the North's denuclearization steps and corresponding measures from the U.S.

"Our government, too, will do what we can and closely cooperate, instead of just sitting idle, to bear good results in the North Korea-U.S. working-level negotiations," the minister said.

Minister Kim also vowed to resume inter-Korean relations, saying that there are roles to be played by the two Koreas to build peace on the Korean Peninsula.

Inter-Korean relations made significant strides last year, but the reconciliation efforts have reached a deadlock, apparently stymied by lack of progress in Pyongyang's denuclearization talks with Washington. 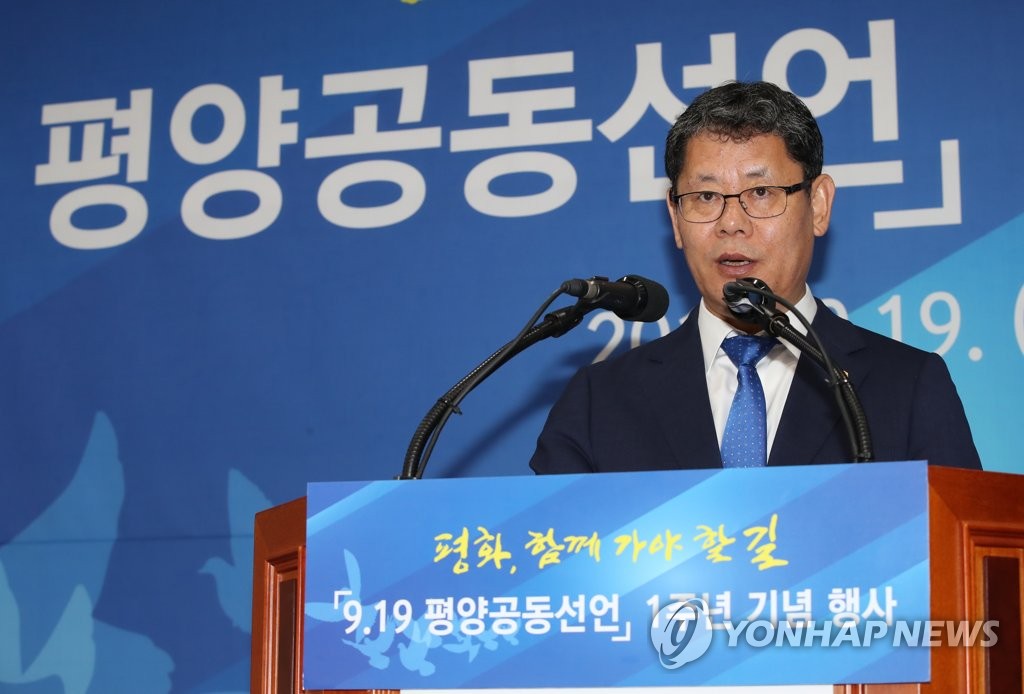