SEOUL, Sept. 23 (Yonhap) -- South Korea is working Monday to recover from the impact of Typhoon Tapah, which caused scores of injuries and the cancellation of hundreds of flights.

Nearly 30 people, including three police and fire officials, were injured as a result of this year's 17th storm, which hit the country's southern regions at the weekend, according to the anti-disaster government agency.

Three people were reported to have died from storm-related accidents but were excluded from the official figures as their deaths were not directly linked to Typhoon Tapah. 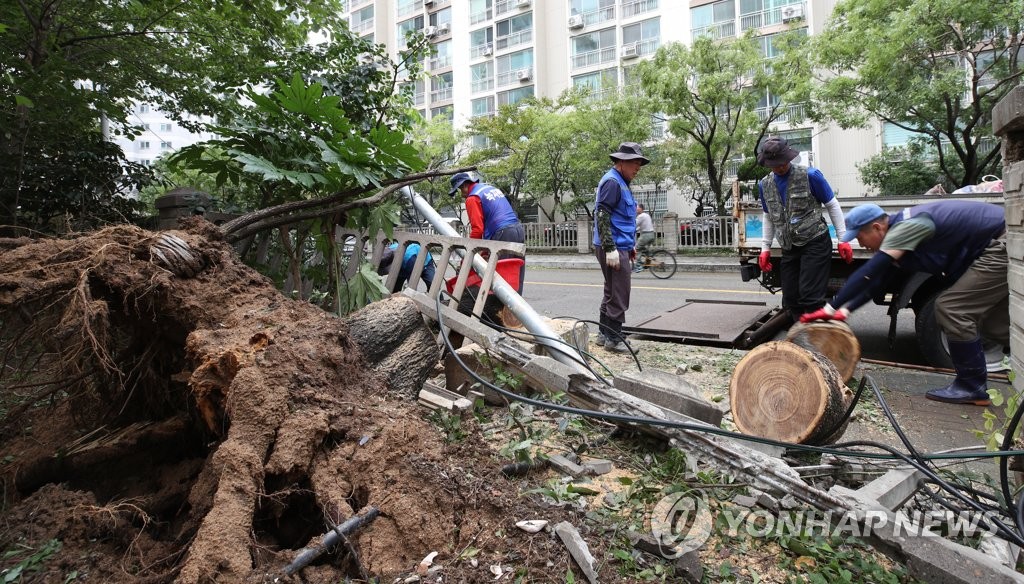 The greatest damage was seen in the country's southern regions, with around 60 roads flooded and 70 road signs, traffic lights and so on damaged in Jeju and Ulsan.

The agency said that recovery work is under way across the country, with a total of 11,847 fire officials currently pumping water and taking safety measures at affected areas.

All flight routes are now back in operation, and power has been restored to roughly 27,000 households that experienced blackouts. 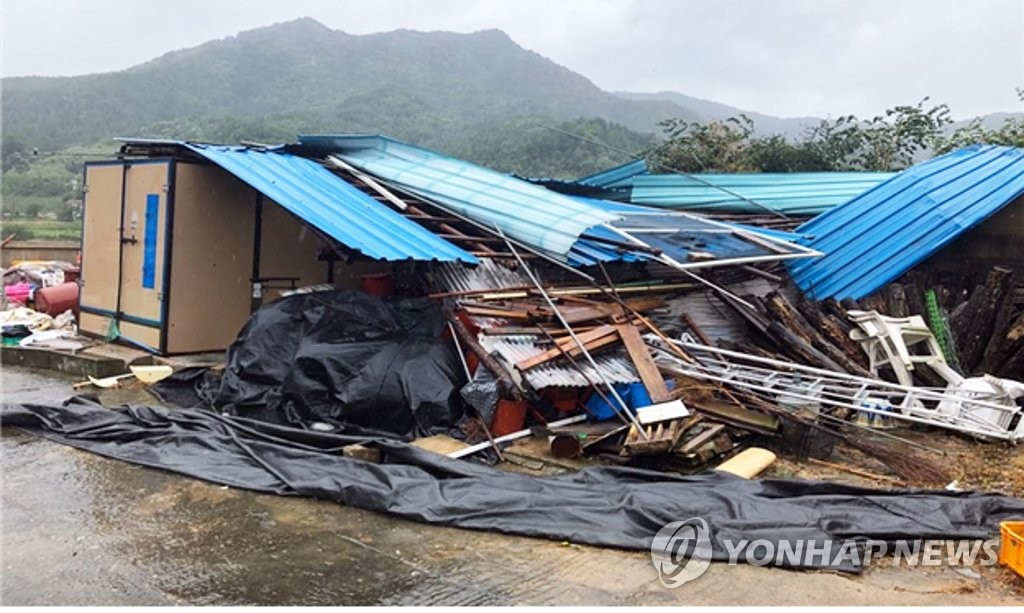 However, the government is still regulating some areas for safety. More than 40 ferry routes have been suspended, and 504 trekking courses at 20 national parks have been closed.

The interior and safety ministry issued a "vigilance" weather alert Saturday as strong winds and torrential rain were expected to affect the south of the country.

Due to the strong winds, 248 flights operating at 11 airports and services on 100 ferry routes across the country were cancelled.