SEOUL, Sept. 23 (Yonhap) -- South Korea is maintaining the highest level of vigilance as more confirmed cases of African swine fever (ASF) have raised concerns that the deadly animal disease may spread across the country despite all-out disinfection efforts.

The agriculture ministry on Monday confirmed one more ASF case, raising the number of outbreaks to three in total in a week. Last Tuesday, the first-ever case of ASF in South Korea was confirmed in Paju, a city located north of Seoul near the border with North Korea.

The second ASF case was reported the following day in neighboring Yeoncheon. The government culled around 15,000 pigs in those areas over the weekend as part of precautionary steps.

The latest confirmed case came from Gimpo, which is also the first case from south of the Han River that runs through the South Korean capital.

So far, all confirmed cases have come from northern areas of Gyeonggi Province, adjacent with the inter-Korean border, with another suspected case reported at a farm in Paju late Monday.

Although ASF is not harmful to humans, it is fatal and highly infectious for pigs, with no cure currently available.

The additional confirmed ASF cases came despite efforts to prevent the nationwide spread of the deadly disease. 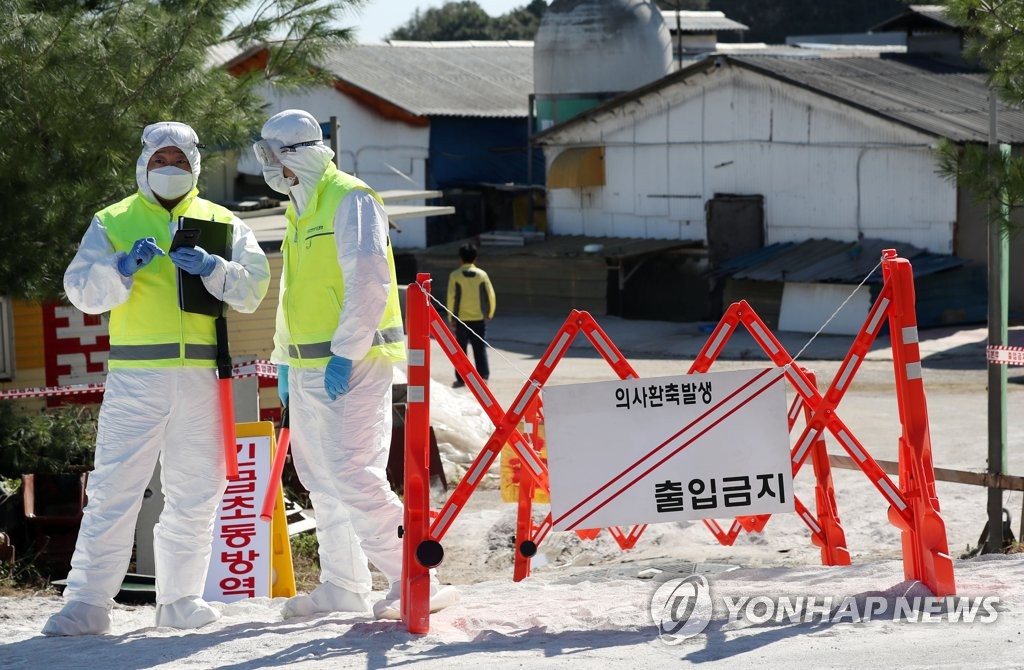 "After African swine fever was confirmed in the country, the government has been making intensive efforts to prevent its expansion," an official from the ministry said. "We are slaughtering pigs within a 3-kilometer radius of the farms infected with the fever, which is larger than the 500 meters stipulated in the operating manual."

Quarantine authorities have also been carrying out investigations into farms located within a 10-kilometer radius of infected farms.

Including Paju, Yeoncheon and Gimpo, the government has designated a total of six counties near the border as tightly controlled zones subject to a series of quarantine measures to prevent the spread of the disease.

"We are making best efforts to prevent the virus from spreading beyond the six areas," a ministry spokesperson said.

South Korea mobilized 31 disinfection automobiles to sterilize farms across the areas, where more than 400 farms are estimated to be raising around 700,000 pigs.

A limited movement ban was also imposed on the farms, meaning the farms can only ship pigs to designated slaughterhouses.

Throughout the country, the government also dispatched more than 800 disinfection vehicles to sterilize 6,300 pig farms, with checkpoints being installed at major roads. 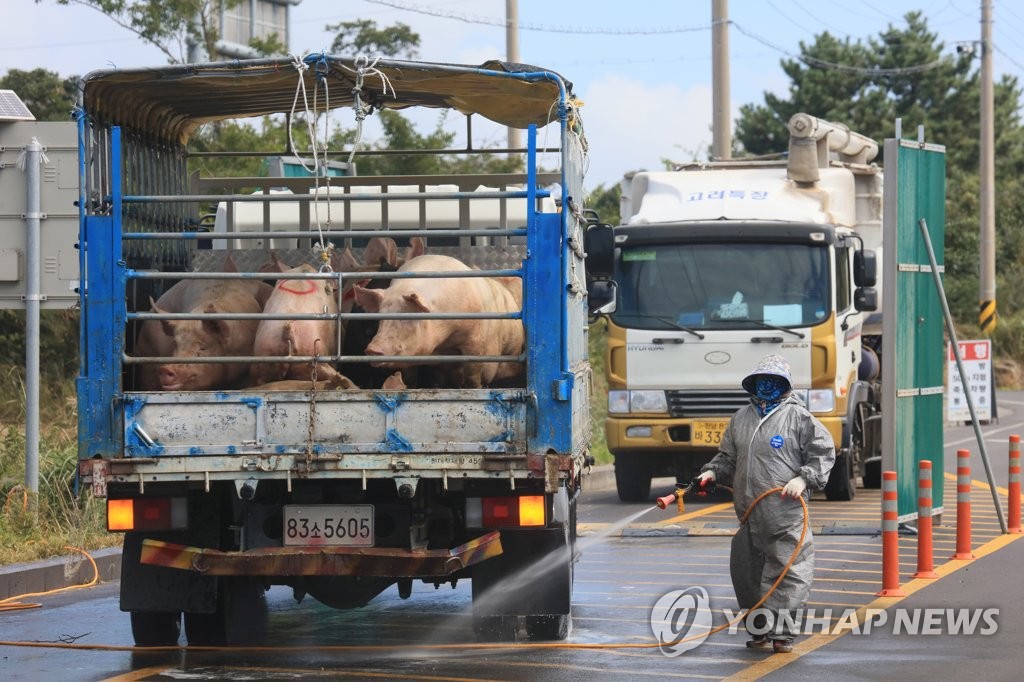 Local authorities, meanwhile, have been facing difficulties in finding what has infected the pigs.

The disease is usually spread by contaminated feed, especially through leftovers or by direct contact with people and wild animals with the virus.

"The farms from the first and second cases did not feed pigs with leftover foodstuffs and had fences as well," another ministry official said.

Related authorities also believe that it is unlikely that wild boars infected the pigs, considering only a few of them live near the contaminated farms.

The agricultural ministry earlier urged North Korea to work together to find out the cause of ASF here amid the rising possibility that the virus might have come from the North.

South Korea also informed North Korea about the cases of African swine fever near the inter-Korean border last week, calling for cooperation in containing the spread of the animal disease.

Concerns over the local outbreak of ASF started to loom four months ago when North Korea reported its first confirmed case of the disease at a farm near its border with China to the World Organization for Animal Health.

Seoul's environment ministry is currently investigating local rivers, particularly the Imjin River that borders the North. The results are expected to be delivered next month.

Local authorities also plan to capture wild boars and examine them to find out about possible contamination.