Last week, Kakao M Corp., an entertainment unit of Kakao, said that it has secured a majority share in both Moonlight Film and Sanai Pictures.

Moonlight Film is a midsized studio that has made a number of hit movies, including the period action film "Kundo: Age of the Rampant" (2014) and the crime movie "A Violent Prosecutor" (2016). 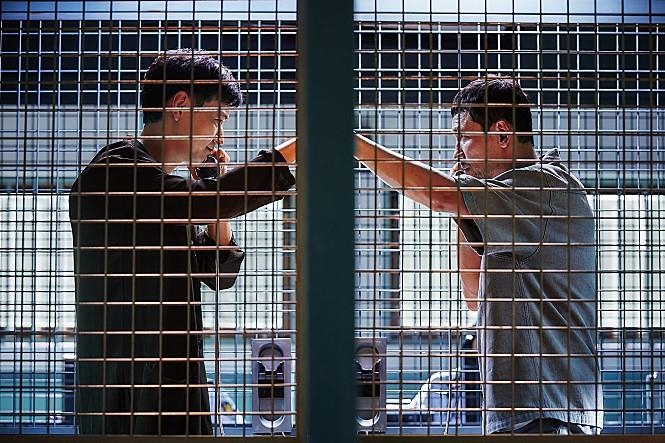 "The takeover will help Kakao M expand its business horizons to film production from making TV drama and digital short-form series," Kakao M said in a press release. "Thanks to the filmmaking capacity and know-how of Moonlight Film and Sanai Pictures, Kakao M's digital content production competence will be upgraded."

Kakao M has long built its reputation in the K-pop scene for its online music streaming service provider Melon and singer Lee Ji-eun, or IU, under its management.

Now it has been diversifying its business portfolio in the small screen scene through its drama studios and management agencies.

Its drama studio affiliate Mega Monster produced the romantic comedy "Touch Your Heart" (2019) aired on tvN and mystery thriller "Children of Nobody" (2018) on MBC.

On the acting side, moreover, Kakao acquired a number of star-studded agencies earlier this year, such as Management Soop, which manages Gong Yoo and Suzy, and BH Entertainment, involving Lee Byung-hun and Kim Go-eun.

Insiders said Kakao's recent business expansion is in line with that of Naver, South Korea's No. 1 online portal operator, which has also thrown its hat into TV drama production and online content creation.

OCN's "Strangers from Hell" and tvN's "Pegasus Market," both of which are based on popular online comics of the same titles and currently on air, are presented by Studio N.

The company announced its plan to dramatize some 10 webtoons in the coming years, with "Vigilante" to be remade into a film.

Also, Naver's web drama studio, Playlist Global, is behind "A-Teen," one of the biggest smash hit mini-dramas in the country.

Experts, however, said it is important for the IT giants to create a new platform for their content amid a major change in the global media industry.

"These days, quality content rushes to platform providers like Netflix, which releases dramas and films in nearly 200 nations simultaneously," culture critic Kim Heon-shik said. "But Kakao doesn't look to have any detailed plans on the issue, whether their content is based on conventional channels or new ones."