The member, Mina, has been on temporary leave since July as she has been suffering an anxiety disorder.

"Mina took part in the production of the new album. But she will be absent from the band's activities to promote the album, including today's event," a JYP official said during a press showcase of "Feel Special."

The seven-track album is led by a namesake song, "Feel Special," of the Miami House genre, produced by Park Jin-young, an old-school K-pop star and the head of TWICE's label, JYP Entertainment.

Park and TWICE members drew inspiration from the vicissitudes and the moments of hardship the girl band overcame during their four-year career.

"Having worked as TWICE as (an entertainer) who is constantly exposed to the public, we have been subject to a series of minor episodes, like injuries or fatigue," member Nayeon said.

"'Feel Special' addresses such moments, sending the message that words of warm-hearted cheering could help us fight (the urge) to give up and keep going," she said.

TWICE's Taiwanese member, Tzuyu, said the members' chief goal for the new album is to share the title track's cheering message with the band's fan base, known as "Once," and other listeners.

"I deeply empathize with the lyrics so I want to make Once and other people share the feeling and communicate with them through our stage work for the new album," she said. 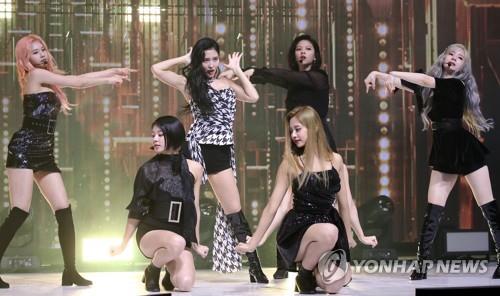 Including the title track, the new album carries a total of seven numbers, such as "Rainbow," "Get Loud," and "Breakthrough," which is a Korean version of their Japanese song with the same title, previously released in Japan.

The album carries a special track, "21:29," where all nine TWICE members joined hands to write the lyrics in response to fan letters they received.

"Through this song, I hope our thanks to our fans could be well delivered," Nayeon said.

She also said the latest album marks a solid change from their energetic, bright music in the past.

"We made efforts to carry sentimental melodies while keeping the powerful choreography from the past," she noted.

In November, TWICE is scheduled to drop its second full-length Japanese album, "&TWICE," whose lead track is "Fake & True."

TWICE has so far released eight albums in Japan, all of which were certified platinum by the Recording Industry Association of Japan, given to records that sell more than 250,000 copies. 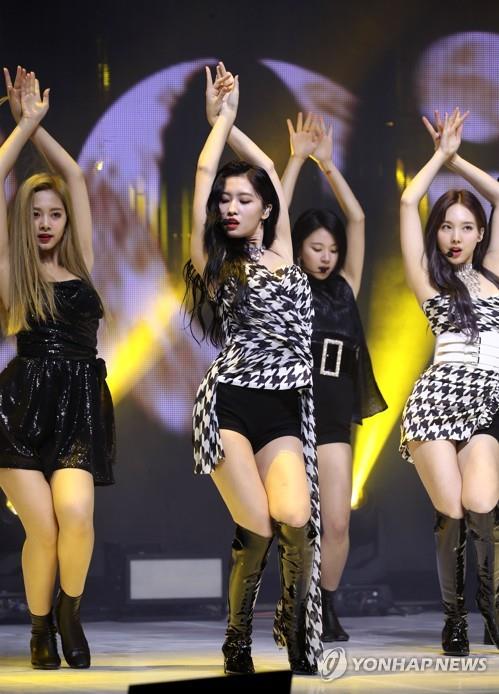