SEOUL, Sept. 23 (Yonhap) -- After a work by late Korean abstract master Kim Whan-ki set an auction record last year, another major dot painting by him will be put up for auction in Hong Kong in November, an auction house said Monday.

One of Kim's major works, "05-IV-71 #200," titled "Universe," will be part of the collection that will go on auction on Nov. 23 at Christie's Hong Kong house, according to Christie's Seoul branch.

Measuring more than 2.5 meters in height and width, "Universe," a painting of blue dots, is the biggest work by Kim that has been put up for auction so far.

The work will be the highlight of the auction event in November, according to Christie's.

"This work marks the essence of his artistic philosophy and aesthetics that sought to capture nature on canvas. It marks the masterpiece of all his previous works that will go down in history," Christie's said.

Another one of Kim's major works, "3-II-72 #220," a painting of red dots, garnered 8.5 billion won (US$7.1 million) at Seoul Auction's Hong Kong sale in 2018, shattering the record for a Korean work of art sold at auction and breaking Kim's own auction record.

Whether "Universe" will set a new record is a major point of interest as it goes on auction later this year. 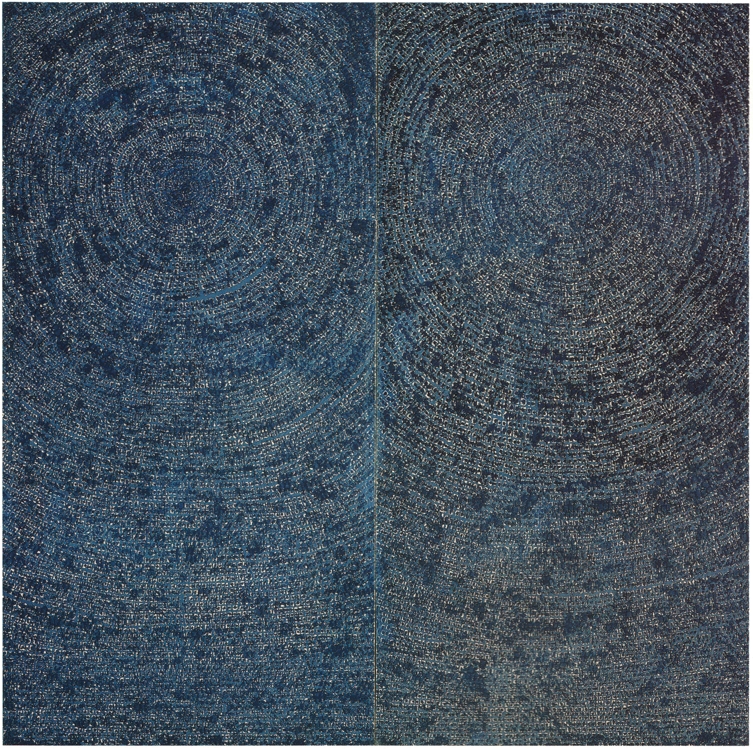