The government earlier unveiled a plan to submit to the National Assembly a motion to secure parliamentary approval for three International Labor Organization (ILO) conventions during the ongoing regular session.

South Korea joined the ILO in 1991 but hasn't ratified four of the eight core conventions -- the No. 87 and No. 98 standards on freedom of association and the No. 29 and No. 105 provisions regarding forced labor. The government wants parliamentary approval of the No. 87, No. 98 and No. 29 conventions.

Seoul is under pressure from the European Union (EU) to ratify the key labor provisions as agreed in their free trade agreement (FTA) implemented in 2011.

In July, the EU called for a panel of experts to be convened to review South Korea's compliance with the FTA amid concerns that the European economic bloc may take trade retaliatory measures against the country, citing tepid progress by Seoul toward approving the ILO conventions.

South Korea and the EU are in the final stage of talks over the creation of the panel, according to the labor ministry.

The ratification of the core ILO conventions was a key election pledge of President Moon Jae-in.

But it remains uncertain whether the ILO standards-related motion will be easily passed at the National Assembly, as political parties are wrangling over corruption scandals involving the justice minister's family.

The government is also making efforts to revise labor-related laws and rules in tandem with its move to seek ratification of the key labor provisions.

The government seeks to revise the laws governing the creation and operation of labor unions for public servants and teachers.

If the revision of the labor laws is approved at a Cabinet meeting, possibly next week, the government plans to submit the ratification motion and proposals to revise the laws to the National Assembly.

Labor groups call for the approval of all of the four ILO conventions.

The government excluded the No. 105 standard, which bans compulsory labor as punishment for activities, including expression of political opinions.

Seoul said an approval of that provision is linked to the overhaul of the country's penal system and it could be problematic amid inter-Korean division.

The business sector, meanwhile, insists that it is too early for South Korea to ratify additional ILO conventions, given the current tense relations between labor and business. 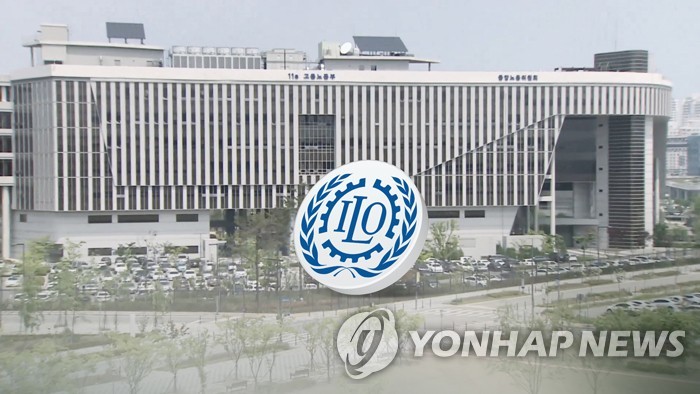