The National Intelligence Service (NIS) gave a cautious prediction during its closed-door meeting with lawmakers as the U.S. and North Korea look set to resume their working-level nuclear talks soon.

South Korea is considering inviting the North's leader to take part as an observer in the South Korea-Association of Southeast Asian Nations (ASEAN) summit set for Nov. 25-26 in the southern port city of Busan.

"Depending on the progress in denuclearization talks, (Chairman Kim) may visit Busan," lawmakers quoted the NIS as saying.

When lawmakers asked about the possibility of an inter-Korean summit, the agency said, "Everything is possible if there is progress in nuclear talks between the U.S. and North Korea."

The NIS said Washington and Pyongyang are expected to resume working-level negotiations within two or three weeks.

If the two sides can reach an agreement at the upcoming talks, U.S. President Donald Trump and North Korea's leader could hold their third summit this year, it added.

Trump and Kim agreed to hold working-level nuclear talks during their surprise meeting at the inter-Korean border village in late June. The meeting came after their second summit in Vietnam in February fell through without a deal.

Since then, progress for working-level negotiations has stalled. But as Trump signaled a push for a "new method" in dialogue with Pyongyang, Kim Myong-gil, the North's new nuclear envoy, welcomed it last week.

During their summit in New York on Monday, South Korean President Moon Jae-in and Trump agreed to expedite the peace process on the Korean Peninsula on the basis of last year's Singapore summit deal between Washington and Pyongyang.

"Kim Myong-gil will be the chief at the working-level talks and the North's vice foreign minister Choe Son-hui will spearhead the whole negotiation process," the agency said.

The spy agency said Kim Jong-un could make his fifth visit to China for a summit with Chinese President Xi Jinping.

"If Kim visits China, the location may be near China's border with North Korea or three northeastern provinces in China," the NIS added.

Touching on the outbreak of African swine fever (ASF) in the North, the agency said pigs have been "wiped out" due to the disease in its northwestern Pyongan Province.

In May, the North reported an outbreak of ASF in its northern Jagang Province, which borders China, to the World Organization for Animal Health.

"It seems that North Korea's efforts to contain the disease did not fare well," the NIS said. "There are signs that ASF has considerably spread across North Korea."

It added the North remains lukewarm toward Seoul's request to make a joint effort to curb the spread of ASF. 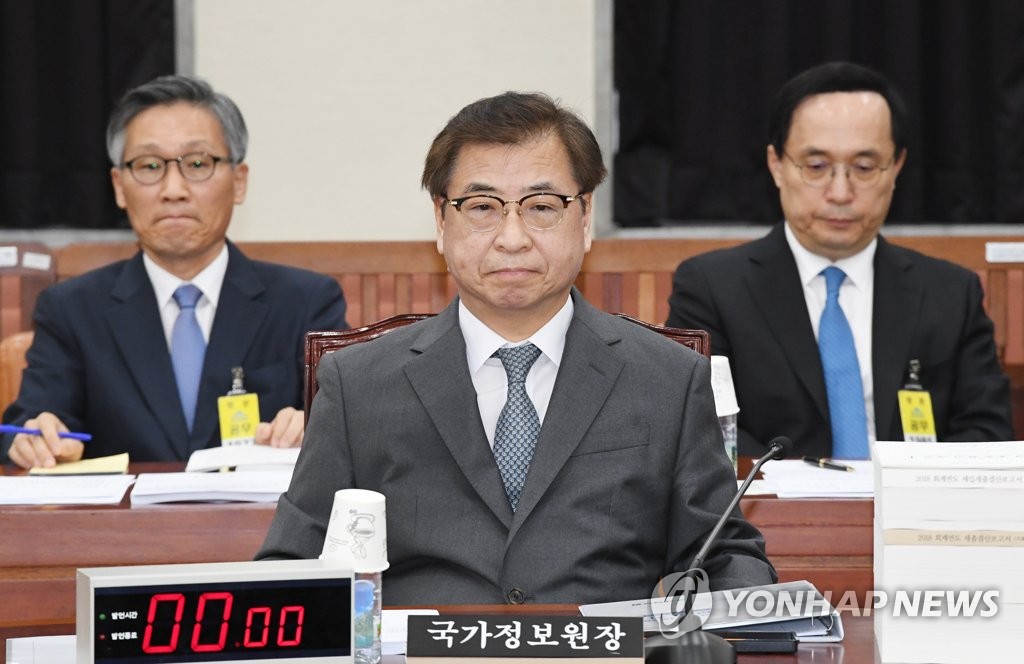