SEOUL, Sept. 24 (Yonhap) -- Seungri, a former member of the K-pop boy band BIGBANG, was questioned by police on Tuesday over his alleged overseas gambling.

Dressed in formal attire, the disgraced star arrived at a police investigative unit in eastern Seoul at 10:40 a.m.

Seungri quickly walked past journalists, who asked him about allegations that he regularly gambled in foreign countries and illegally secured gambling funds.

After some nine hours of interrogation, he was allowed to return home at around 7:30 p.m. He also did not answer reporters' questions when leaving the police agency building. 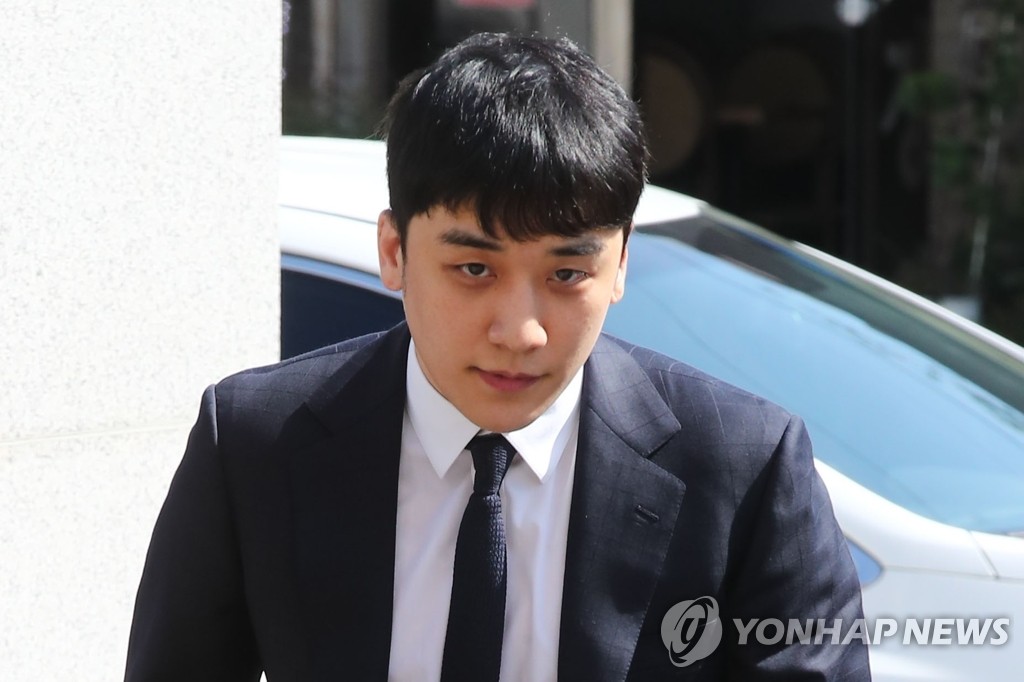 It was his second interrogation following one on Aug. 28, when he apologized for "causing deep worries."

Both Seungri, whose legal name is Lee Seung-hyun, and Yang are charged with illegal gambling and Foreign Exchange Transactions Act violations.

He ceased all entertainment activities in March after a nightclub he was associated with became subject to an investigation over drug and sexual abuse.

Police plan to soon summon Yang for a second round of interrogation on the gambling allegations.

Last week, police dropped pimping charges against the former CEO and sent his case to the prosecution with a recommendation that he not be indicted on such charges.

Police investigators at the Seoul Metropolitan Police Agency failed to verify suspicions that Yang arranged sex services for foreign investors in 2014, according to sources well informed about the probe at the agency.