His third album, titled "Chopin & Schumann," will be released on Friday, and his solo recitals will be held in five cities including Seoul in October and November.

It will be the first time in eight years that Lim, 39, has published an album, and it is his first nationwide tour in that period. 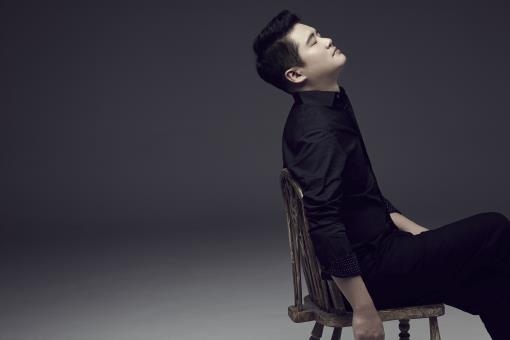 "I've prepared for this project for about a year. I've prepared and studied a lot," the pianist said in a press conference held in central Seoul. "When I heard the album, the recording was very good. It's well-made."

He said the latest album highlights his emotional and technical maturity.

"I think I made a near-perfect album this time in terms of piano skills and emotion. And I had a little bit of a different interpretation from the previous one, eight years ago," he said. "I played the piano with full enthusiasm when I was younger, but now, I first take a delicate and intellectual approach and then return to the enthusiastic state."

Lim gained fame in South Korea after tying for third prize with his brother Dong-hyek at the 2005 International Frederick Chopin Piano Competition in Warsaw, where there was no second-prize winner.

He and his brother were the first South Koreans to be on the top list at the event, one of the world's most prestigious piano contests, before Cho Seong-jin clinched first prize 10 years later.

As a fan of the Polish composer, he chose Frederic Chopin's repertoire of Scherzos Nos. 1-4 for his new album, along with Robert Schumann's "Scenes From Childhood," to express the contrast between the two Romantic composers.

"Chopin's Scherzo is very dramatic and has many techniques, while I was attracted by Schumann's sensitivity and sincerity," he said.

The pieces will be played at his upcoming recitals starting on Oct. 28 in Seoul.