SEOUL, Sept. 24 (Yonhap) -- A rare military musical brought back to the stage a group of high-profile K-pop stars who went out of the public eye to fulfill their mandatory military service, including members of the popular boy bands SHINee and EXO.

"Return: The Promise of the Day," commissioned by the South Korean Army, will kick off on Oct. 22 at Olympic Park's Woori Financial Art Hall in southern Seoul. It will run till Dec. 1.

The musical's unusually star-studded line-up, which includes EXO's Xiumin and SHINee's Onew, quickly built a high profile and the first batch of tickets sold out earlier this month.

The story begins with a Korean War veteran, Seung-ho, who wanders around battlegrounds in search of the remains of his fellow soldiers who were killed in action. 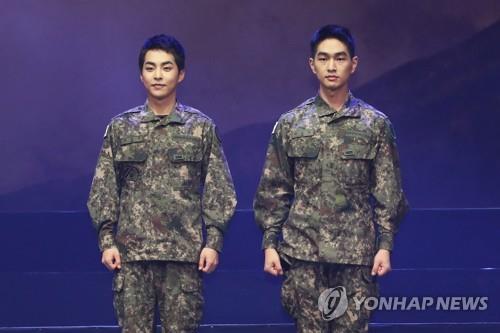 The story goes back in time to the Korean War, when a young Seung-ho, played alternately by Onew and Xiumin, who witnessed the sacrifice of his fellow soldiers' young lives for the protection of the country. Seung-ho promised them to find and return their remains to their families.

Seung-ho's grandson, Hyun-min and his friend Woo-ju, played by Cho Kwon and Yoon Ji-sung respectively, take over the war veteran's mission to discover Korean War remains through an Army excavation operation, which is actually ongoing now.

"Seventy years after the June 25 (Korean) War, some 133,000 soldiers have not yet returned to their families," Army spokeswoman, Brig. Gen. Park Mi-ae, said in a press showcase of the musical.

"In a search operation since 2000, remains of some 10,000 of them have been recovered (but not yet identified) and the time is running out for the rest of them as their families are reaching old age," she said.

It is the first musical acting for Xiumin, whose real name is Kim Min-seok.

"I am still studying vocal acting for the musical genre and I think I am making progress," Xiumin, clad in a military uniform, told reporters.

"I am feeling responsible (for the role that I play) because it's a chance to let many people learn about the important time (in history)," Yoon said.

2AM member Cho also referred to reverence he developed toward Korean War veterans while preparing for the musical.

"I am grateful for those who sacrificed their lives for the country and I myself am committed to completing my mission safely to the end," he said. 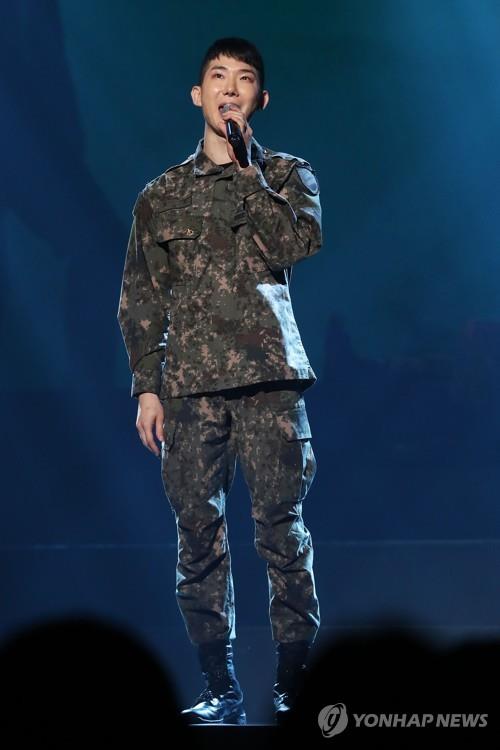 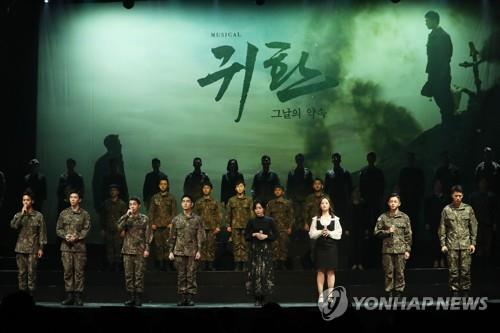