The milestone comes almost two-and-half years after May 2017, when the Seoul Metropolitan Government opened the elevated garden and pathway on the remains of an old overpass as part of its urban development project.

In an effort to rejuvenate the Seoul Station area, the city government emulated New York's famous High Line park to create an urban garden in the middle of Seoul. 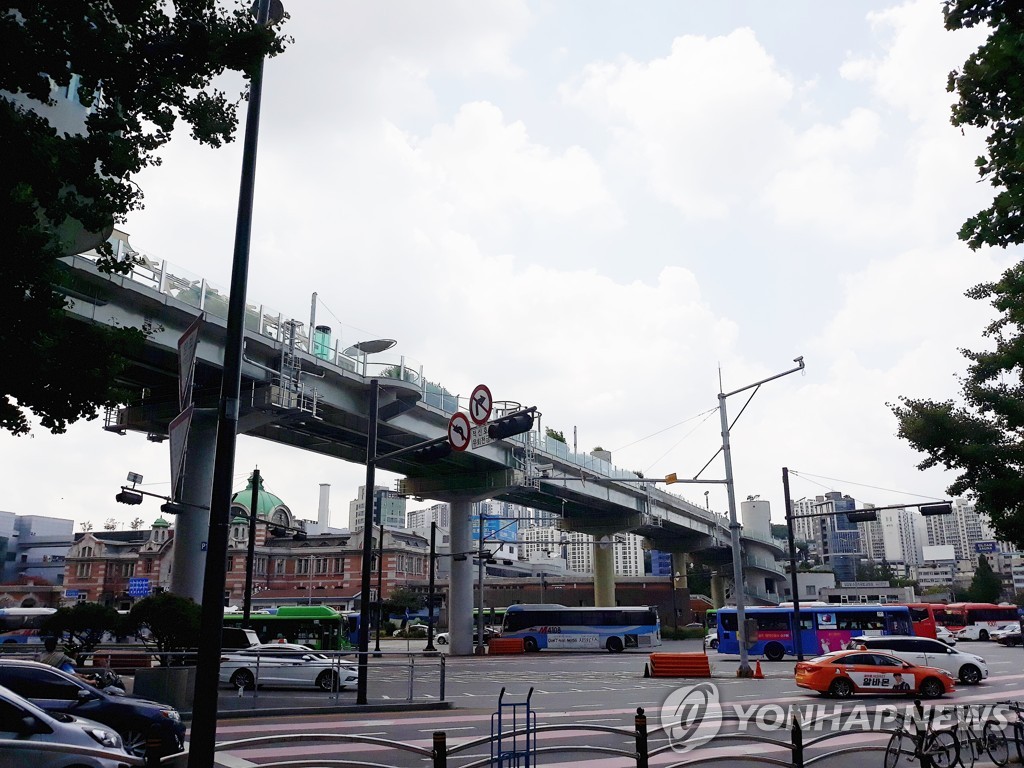 The city government said a study of the walkway's ecosystem showed that the garden has become a habitat to 13,924 trees and 95,391 flowers and vines, also providing a home to insects and birds.

Some 26 kinds of insects and five kinds of birds were found to be living in the pathway, with some of the birds coming from nearby Namsan.

"The fact that numerous plants have settled down in Seoullo 7017, which is a concrete structure, shows that it has contributed to diversifying the ecosystem despite being an artificial structure," said Dongguk Univ. Professor Oh Choong-hyeon, who specializes in environmental ecology.

The Seoul Metropolitan Government said it plans to expand the skywalk by constructing connecting paths to nearby buildings and to continue to develop the communities around Seoullo 7017.