SEOUL, Sept. 25 (Yonhap) -- The government of Seoul on Wednesday announced a reorganization of its walking tour program for domestic and foreign visitors, as part of efforts to help widen their understanding of the capital city's history and culture.

The revamped Seoul City Walking Tours will launch on Oct. 1, featuring 37 guided tour courses, including four new ones and 10 reorganized ones, the metropolitan government said. 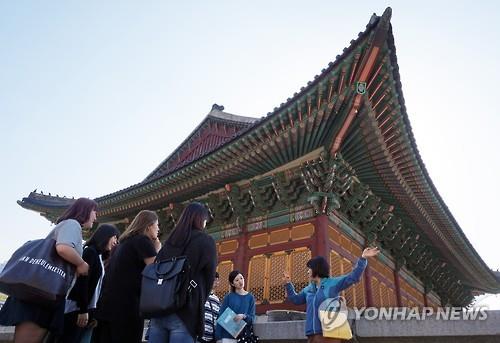 The Seoul City Walking Tours is a free program introduced by the Seoul government in 2003 for tourists wanting to see Seoul's top tourists attractions, including ancient palaces and historic districts, such as Bukchon and Seochon, on food under the expert guidance of multilingual guides. Last year, the program, offering 33 walking tour courses, was used by 146,183 tourists. 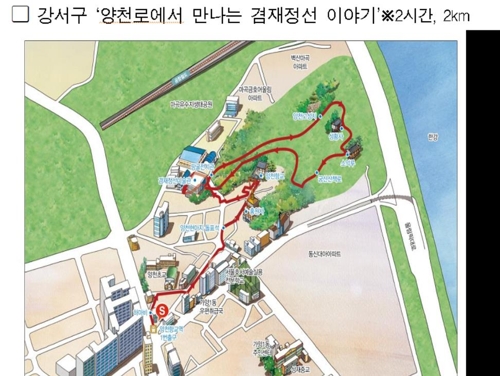 The four new courses are the life story on Joseon Dynasty (1392-1910) artist Jeongsun, whose pen name is Gyeom Jae, in Yangcheon Ward; the garden of National Museum of Korea in Yongsan Ward; a time travel into the alleys of Chungmuro and Euljiro in Jung Ward; and a barrier-free walking tour of Gyeongbok Palace.

Notably, the 2-kilometer-long barrier-free tour of Gyeongbok Palace, intended primarily for wheelchair users, strollers and the elderly, will take participants to the palace's key places, including the main throne hall of Geunjeongjeon, and nearby Cheong Wa Dae Sarangchae, a space to learn about the history of former Korean presidents, over about two and a half hours. 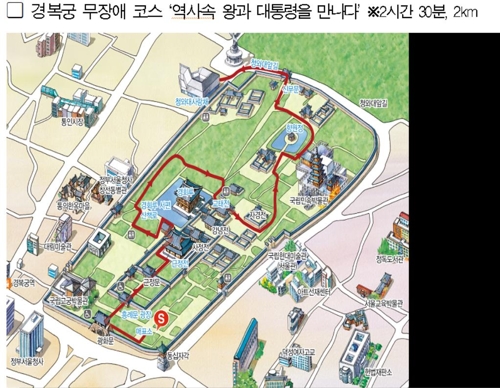 The Seoul government said it has also revamped the content of 10 of the 33 existing walking tour courses in consideration of satisfaction of tourists. Under such moves, it will terminate the courses for Jeoldusan Martyrs' Shrine and Cheonggyeochon Stream and expand the courses for Deoksu Palace and the historic sites in Jeongdong and Namsangol Hanok Village.

Three Southeast Asian languages - Malay-Indonesian, Vietnamese and Thai - will be added to the program's foreign language service, which currently offers three foreign languages - English, Chinese and Japanese, the Seoul government said. The walking guide tours are offered twice a day, at 10 a.m. and 2 p.m., and reservations can be made at http://dobo.visitseoul.net at least three days in advance.