The video for "Blood Sweat & Tears," the main track of the K-pop band's second full-length album, "Wings," hit the threshold Wednesday morning, nearly three years since its release in October 2016.

It was the eighth BTS music video to pass the milestone. Other BTS videos that have achieved the feat include "DNA," which went on to garner more than 800 million views, "Fire," which has more than 600 million views, and "Fake Love."

The band's two latest songs, "Idol" and "Boy With Luv," have also hit the 500 million mark.

Among South Korean artists, BTS has the greatest number of music videos over the 500 million YouTube views threshold. 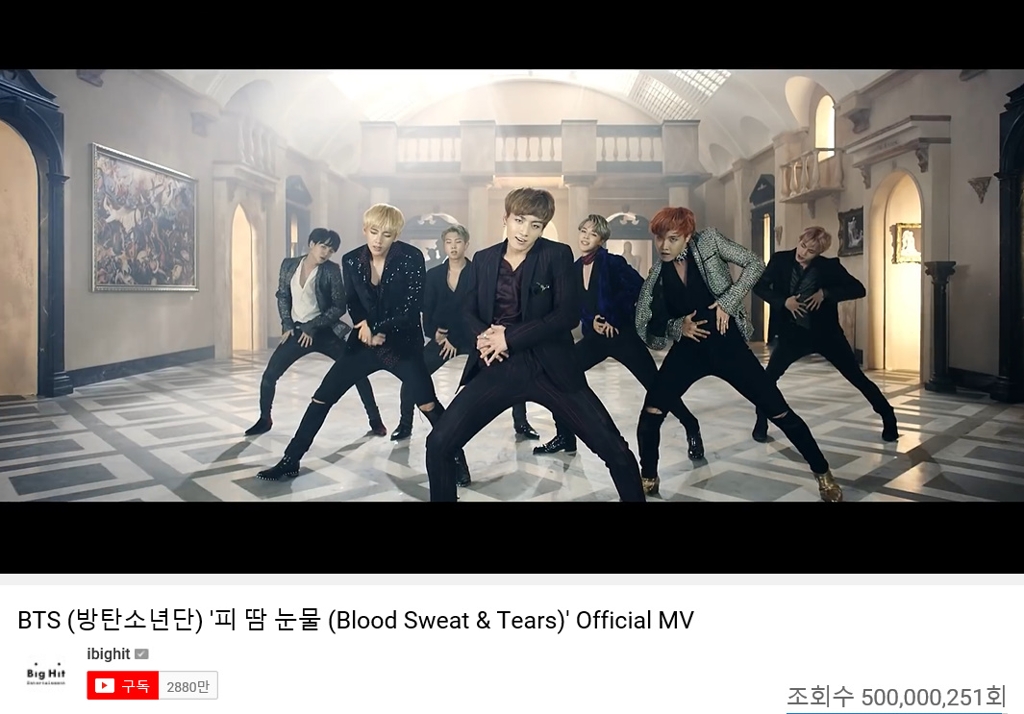