SEOUL, Sept. 25 (Yonhap) -- The 24th edition of Busan International Film Festival (BIFF) is ready to entertain local and overseas movie buffs with delicate flicks for 10 days in the middle of the fall season.

This year's festival will take place from Oct. 3-12 at five cinemas, including the Busan Cinema Center, in Busan, 450 kilometers southeast of Seoul, featuring 303 films from 85 countries.

Among the invitations, 120 films, including 97 feature-length movies, will be at BIFF for world premieres.

Award-winning auteurs' new works are the highlight of BIFF selections.

Japan's Kore-eda Hirokazu, who clinched Cannes' Palme d'Or in 2018 with "Shoplifter," will participate in the Gala Presentation section with his latest family movie "The Truth." The film was chosen to open this year's Venice International Film Festival.

It pictures a problematic relationship between Fabienne, one of the great stars of French cinema, and her daughter Lumir, a screenwriter, when Fabianne's autobiography is published.

Starring Catherine Deneuve and Juliette Binoche, the film is Kore-eda's first non-Japanese-language movie filmed outside of his country. 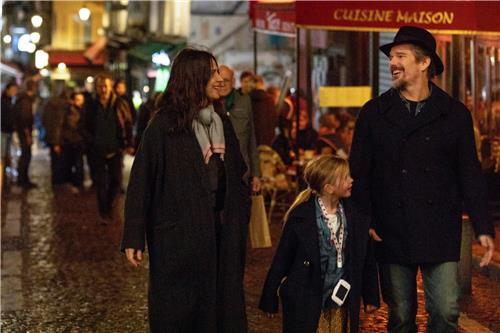 "Sorry We Missed You" is a 2019 drama directed by two-time Palme d'Or-winning British filmmaker Ken Loach.

The movie shows a hard-working family of a gig-economy delivery driver living in Newcastle and their frustration at being unable to own a home despite working harder over more hours.

This year's Cannes' highest-honored "Parasite" by South Korean director Bong Joon-ho will also be shown in Busan. The family satire strikes at the economic class division between two families in a dark but hilarious manner. It attracted more than 10 million viewers in South Korean box office in the spring.

Moreover, BIFF offers visitors rare chances to see four Netflix-made movies on the big screen prior to their release on the global streaming service.

Based on plays by William Shakespeare, the historical drama, "The King," directed by David Michod, is about the life of King Henry V of England, who was forced to take the throne against his will. It premiered at the Venice festival earlier this month and is scheduled to be streamed by Netflix in November.

Director Michod and lead actor Timothee Chalamet will hit the BIFF red carpet during the festival.

At the same time, selections of 50 Korean movies are also worth watching.

"Jazzy Misfits," directed by Nam Yeon-woo, is a comedy about an adventure of the hot-tempered mother and her daughter to find their missing daughter or sister.

Animated film "Princess Aya" by Lee Seong-gang will premiere at a screenX theater, a multi-projection cinematic platform that provides 270-degree panoramic images to audiences by expanding the display onto the theater's side walls. It is voiced by Jinyoung of K-pop band GOT7 and singer and songwriter Baek A-yeon.

A retrospective screening of seven films by prominent South Korean filmmakers is expected to stir up nostalgia among old Korean film fans. Kim Ki-young's "Woman of Fire" (1971), Kim Soo-yong's "Late Autumn" (1981) and Bae Chang-ho's "Hwang Jin-ie" (1986) will be on the list. 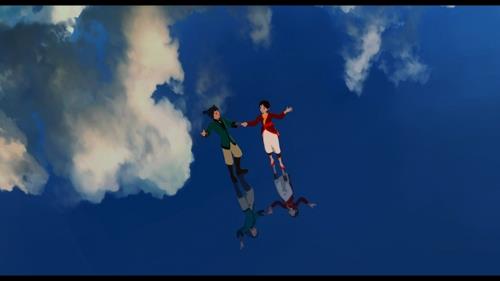