SEOUL, Sept. 25 (Yonhap) -- President Moon Jae-in's recent proposal to turn the Demilitarized Zone (DMZ) that bisects the two Koreas into an "international peace zone" will be included in the government's broader plan for the peaceful use of the area, the unification ministry said Wednesday.

Addressing the 74th session of the U.N. General Assembly in New York on Tuesday, Moon suggested transforming the DMZ into a peace zone by opening offices of international organizations such as the United Nations.

The DMZ, which is about 250 kilometers long and 4 km wide, is one of the world's most heavily fortified borders, with the rival Koreas technically in a state of conflict as the 1950-53 Korean War ended in a truce, not a peace treaty.

"The unification ministry is reviewing a comprehensive plan on the peaceful use of the DMZ together with other government organizations," ministry spokesperson Lee Sang-min told a regular briefing. "(Moon's proposal) will be reflected in the plan."

Lee added, however, it is too early yet to talk about possible consultations with the North over the issue. Unveiling its plan to push for peaceful use of the DMZ earlier this year, the ministry has said it will seek ways to cooperate with the North.

Moon's proposal came amid a stalemate in inter-Korean relations, with Pyongyang not responding to Seoul's repeated offers for talks and cooperation.

While North Korea is expected to resume talks with the United States in the coming weeks, Pyongyang has been continuing its criticism of the South, blaming Seoul for damaging the ties between them. 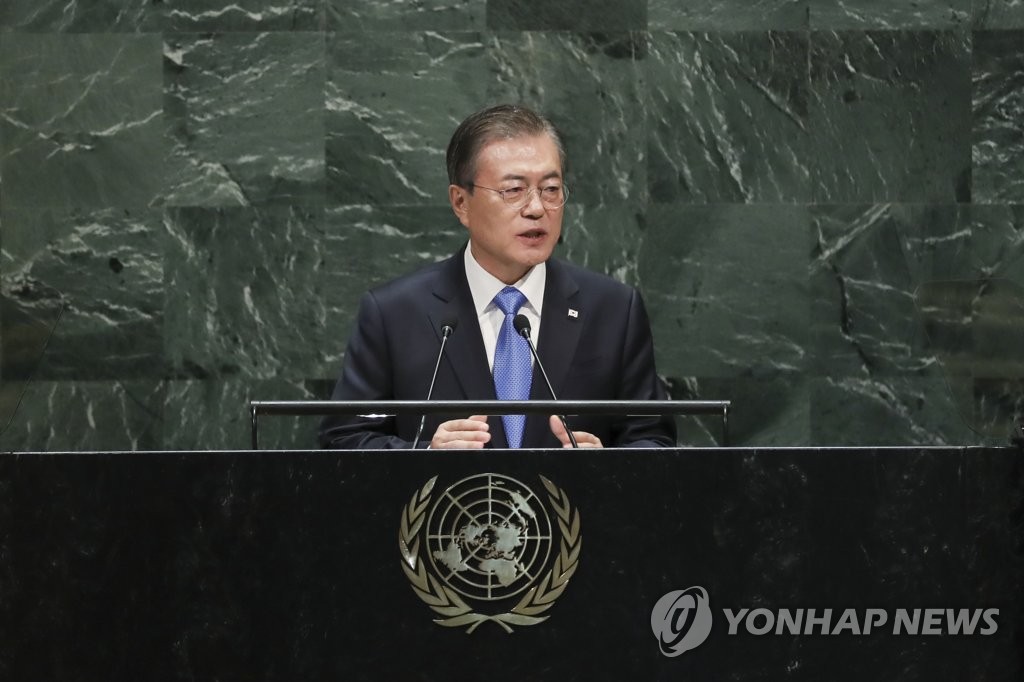 Seoul working on plan to use DMZ, including Moon's vision to build peace zone

Seoul working on plan to use DMZ, including Moon's vision to build peace zone