SEOUL, Sept. 28 (Yonhap) -- An annual opera festival that showcases renowned world operas kicked off in Seoul on Saturday for a two-month run.

With its opening concert at the Seoul Olympic Park, eastern Seoul, the 2019 World Opera Festival unfolds a series of operatic pieces and musical concerts throughout the city until Nov. 20.

At Mapo Art Center, western Seoul, the Italian opera of "Pagliacci," a modern creative opera piece, "The Temple of the Doll" and a gala concert with well-known numbers from "The Marriage of Figaro," "Tosca" and "Rigoletto" in October.

Nowon Arts Center, located in northern Seoul, will stage a crossover concert that features popular opera tracks and pop songs, while a children's opera, "The Little Sweep," will be held in the same venue.

In November, a concert opera of "Faust" and a grand concert of 10 Korean signature opera singers, will be held at Lotte Concert Hall.

Detailed schedules for each piece are available at the 2019 World Opera Festival's website (www.worldoperafestival.com). 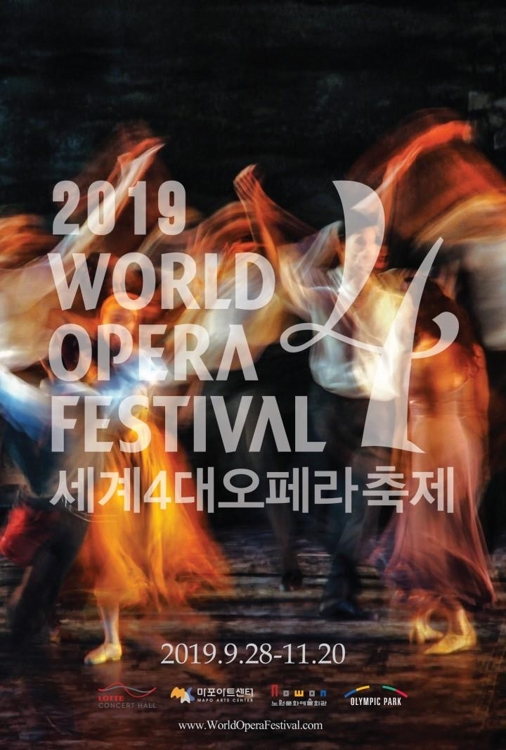