The 18-year-old scored his first La Liga goal in his first start for Valencia CF in their 3-3 draw with Getafe at Mestalla Stadium in Valencia on Wednesday (local time).

Lee's goal in the 39th minute gave Valencia a 3-1 lead, but Getafe rallied with two second-half goals for a draw. 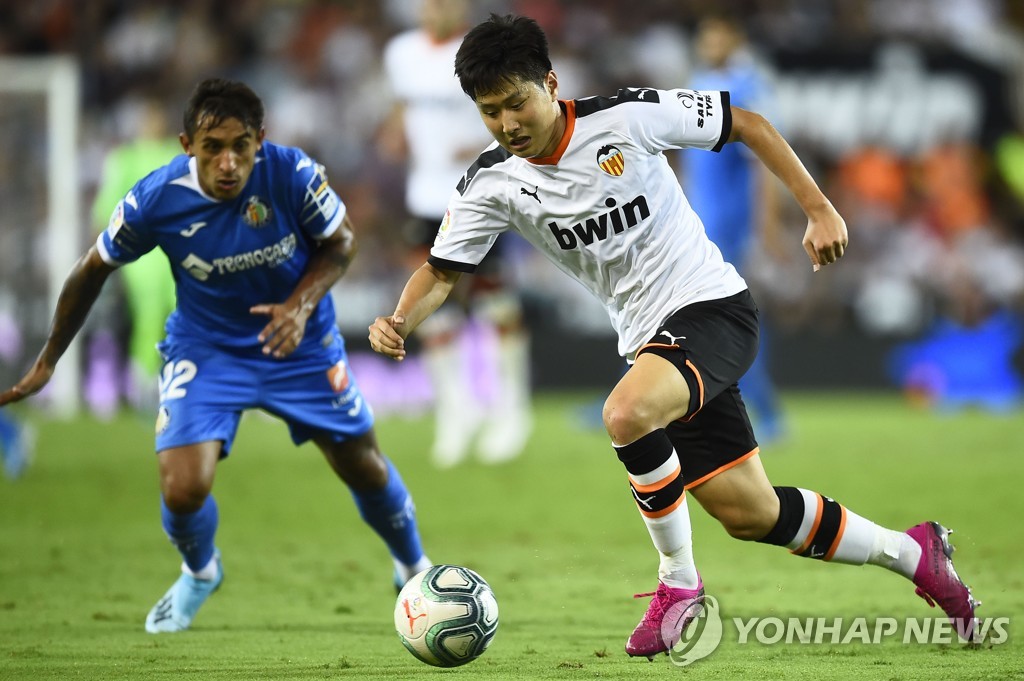 At 18 years and 219 days, Lee became the youngest non-Spanish player to score for Valencia. He's also the second South Korean player to score in the top Spanish league, after Park Chu-young for Celta Vigo during the 2012-2013 season.

Lee joined Valencia's youth academy in 2011 as a 10-year-old and moved up to the B-squad in late 2017. He made his first team debut in October 2018 in the Copa del Rey, becoming the youngest South Korean to appear in a European match. Lee's first team La Liga debut came in January this year.

His minutes had been limited under the previous regime of Marcelino Garcia Toral, leading Lee to seek a transfer over this past summer. Lee stayed put instead, and Valencia sacked Marcelino and replaced him with Albert Celades earlier this month. Lee has been earning steady minutes under Celades in La Liga and UEFA Champions League matches, and a run of five straight appearances culminated in the league debut goal.

Lee had an international breakthrough in June, when he helped South Korea to the runner-up finish at the FIFA U-20 World Cup in Poland and earned the Golden Ball as the best player of the tournament. 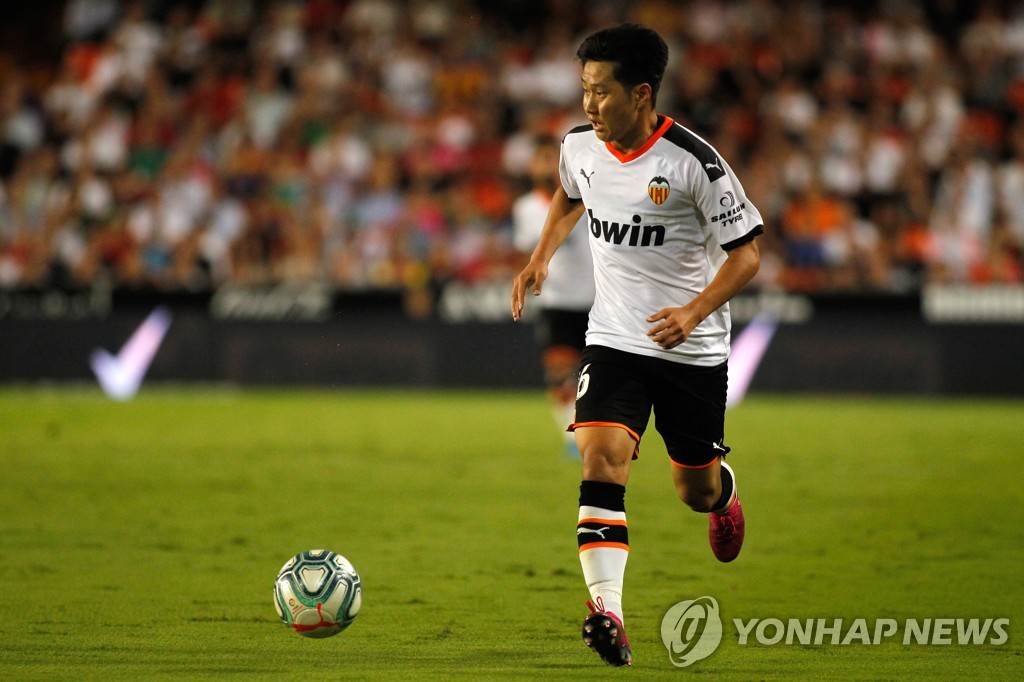