The Twizy EV was originally produced at Renault's plant in Valladolid, Spain, but the French automaker last year agreed to move its production base to Busan, 450 kilometers southeast of Seoul.

The two-seat EV will be assembled by local auto parts maker Dongshin Motech Co., which has signed a five-year deal with Renault Samsung.

Renault Samsung plans to roll out 5,000 Twizys a year, but the capacity could expand to 15,000 units depending on market demand.

From January to August, Renault Samsung sold 1,239 Twizys imported from Spain, up 13 percent from a year ago. Its current lineup includes the all-electric SM3 Z.E. sedan, the QM3 and QM6 SUVs, the SM3 compact and the SM5, SM6 and SM7 sedans. 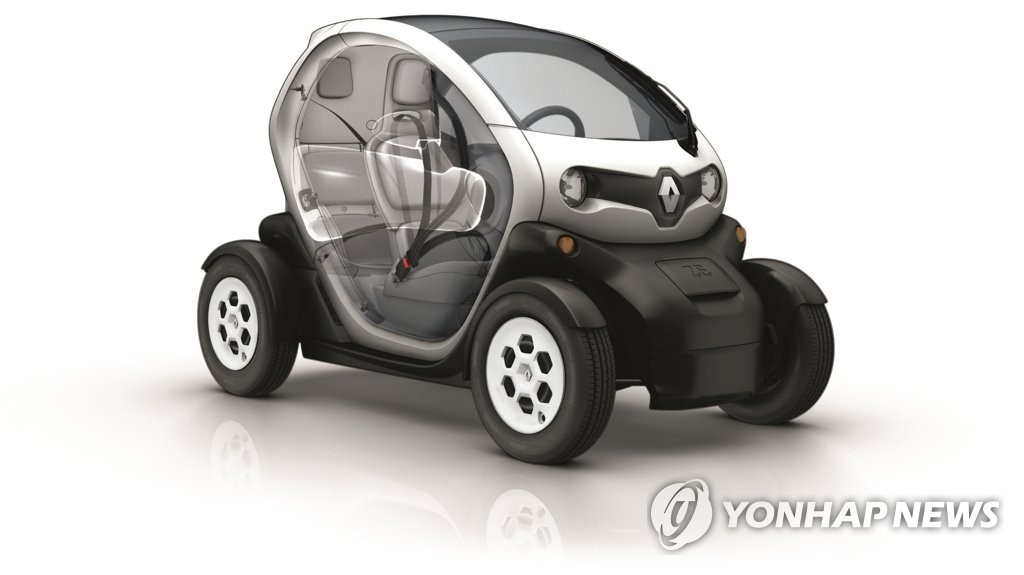