SEOUL, Sept. 26 (Yonhap) -- The movie "Kim Ji-young, Born 1982," based on the best-selling novel of the same title, has re-ignited the debate on feminism ahead of its release next month, with some men announcing a boycott of the story that has emerged as a symbol of women's struggles in patriarchal South Korea.

The 2016 work by novelist Cho Nam-joo, herself a mother in her thirties when she wrote the book, explores the life of an average thirty-something woman in one of Asia's most economically developed but socially conservative countries through protagonist Kim Ji-young.

After getting pregnant, Ji-young, like many other women her age, is forced to quit her job and become a stay-at-home mom. Following a series of events that test her identity as a capable and decent person and label her with the derogatory term "mom-choong," or mom worm, she finds herself at a shrink after going mad.

The protagonist's common name, Kim and Ji-young being common first and family names in Korea, and the events of her life, affected by subtle and outright sexism, struck a chord with many Kim Ji-youngs here. 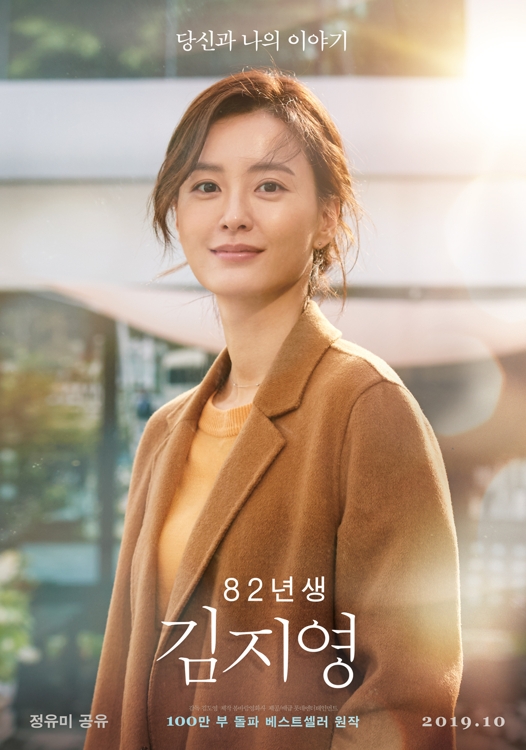 The book became a social phenomenon, selling over 1 million copies roughly one year after its release and earning endorsements from K-pop celebrities like Red Velvet's Irene and Choi Soo-young of Girls' Generation. Male entertainers, like BTS leader RM and comedian Yoo Jae-suk, also revealed they have read the book.

The book, however, also sparked anti-feminist sentiment. Some male readers claimed the book generalized men as oppressors while they are also victims of gender inequality, noting the country's compulsory military service that only applies to men.

Some went to as far as attacking female celebrities who endorsed the book. Some male fans of Irene cyberbullied her, writing hateful comments on social media and sharing torn and burned pictures of the singer.

In September last year, actress Jung Yu-mi suffered a similar backlash when it was announced that she would play Ji-young in the motion picture based on the book. Thousands of comments appeared on a Sept. 11 Instagram post, with her fans and haters exchanging heated comments about her appearance in the film.

The comment sections of Naver and Daum, the country's two biggest web portals, were also flooded with extreme comments about the film and the rise of feminism and comments hitting back at the anti-feminist sentiment, becoming an online battleground involving insults and mockery targeting opposite genders. 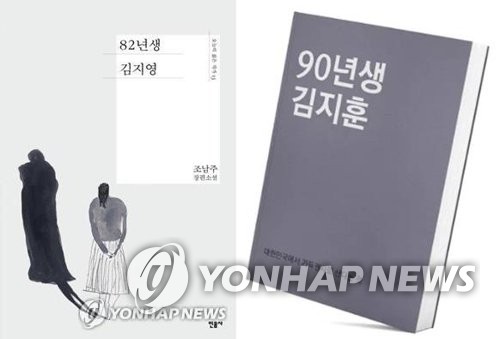 A year later, the debate has kicked off once more after the filmmaker recently unveiled images of the film that is scheduled to premiere next month.

Some haters have slandered the work by changing the title to "Kim Ji-young, (weighing) 82 kilograms," mockery intended to denigrate both the protagonist and female fans of the book and film by turning the focus to physical appearance.

A Sept. 21 Facebook post by cinema chain CGV is one example. In the comment section of a post showing the movie poster with Jung, or the fictional Kim Ji-young, smiling into camera under gentle sunlight, some of the most popular of the 23,000 comments are those invoking the 82 kilogram meme.

One comment, apparently written by a user who is hostile towards the film, that got nearly 6,000 reactions reads: "It seems some regulation of the movie theater is necessary. A cinema located on upper floors may be dangerous due to extreme weight."

The heavy anti-feminist sentiment seen on Facebook, a platform where men aged 18-35 make up the biggest portion of users, according to social media consulting firm NapoleonCat, reflects a growing trend of hate against feminism amongst the country's young males. 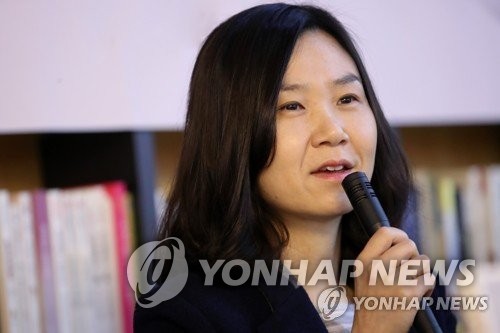 For now, the backlash against feminist Kim Ji-young is expected to further encourage female fans.

"I wasn't interested in the movie, but seeing the comment section made me feel that I must go and watch it," reads one comment that got more than 3,800 reactions.

The person added, "I also plan to send the spirit. Thanks to Korean men for helping feminist movies become popular," referring to "sending the spirit," a newly-coined term that refers to buying tickets to show support but not showing up in the theatre.

"I wonder if the people who write hateful comments about the movie have ever read the book. They wouldn't react like that had they actually read the story," said one woman in her thirties who read the book and plans to see the film, mentioning how the book highlights issues that women have to face but men are not even aware of.

"I think the ongoing hateful comment debate simply shows how despite simultaneously living in modern day Korea, men and women are actually living in two very different worlds," she said, asking not to be named.