SEJONG, Sept. 27 (Yonhap) -- South Korean quarantine authorities are working hard to trace the source of the African swine fever that struck early this month as the country confirmed its ninth African swine fever (ASF) case, sparking concerns over a possibly massive spread of the deadly animal virus near the inter-Korean border.

The latest case was reported on Ganghwa Island, part of the city of Incheon, some 60 kilometers west of Seoul, the Ministry of Agriculture, Food and Rural Affairs said Friday.

So far, five out of the nine confirmed cases came from Ganghwa, making it the most vulnerable region to the fatal disease. The last ASF case outside of Ganghwa was confirmed on Tuesday.

The first-ever case of the deadly pig disease in the country was reported on Sept. 17. All confirmed cases so far have been in inter-Korean border areas.

On Thursday, the ministry extended a movement ban for all pig farms, slaughterhouses and related facilities across the country through Saturday to prevent the spread of ASF. 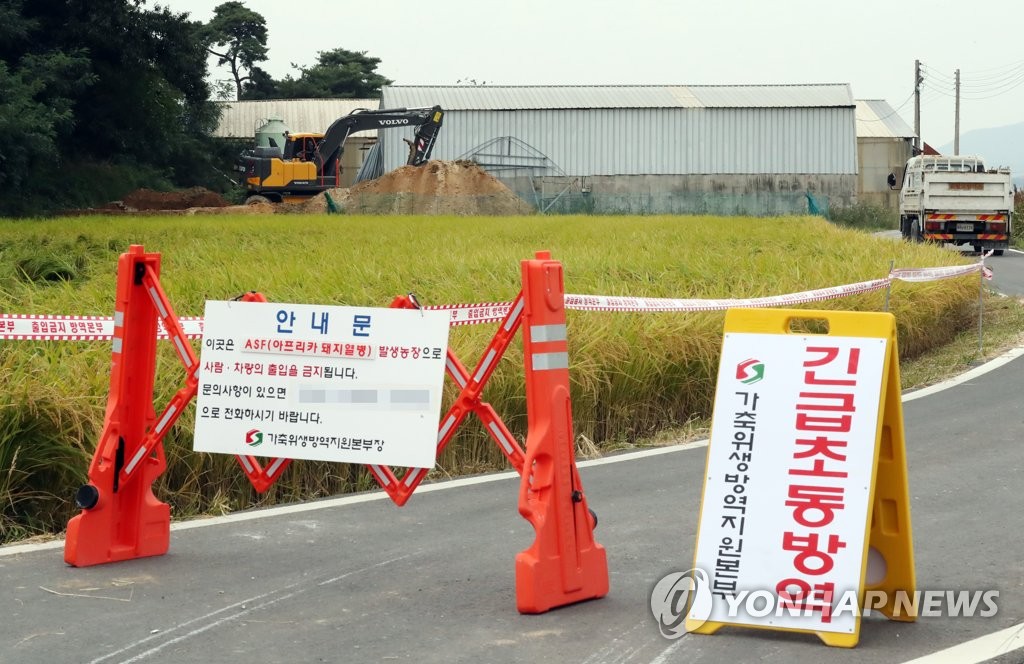 The virus is harmless to humans but is highly contagious and fatal for pigs. There is no cure or vaccine and the only known way to prevent the disease from spreading is the culling of affected livestock.

As of Friday morning, South Korea had culled nearly 30,000 pigs with more than 60,000 pigs set to be slaughtered in total, according to the ministry. The figure is set to increase further when more ASF cases are confirmed.

As the incubation period of ASF is up to 19 days, experts say South Korea may suffer a sharp increase in the number of ASF cases in the northern areas.

Quarantine officials have yet to determine what caused the outbreak in the country, but there is the probability that the deadly virus might have come from North Korea, or been brought in by wild boars.

The confirmed cases in South Korea came roughly four months after North Korea reported its outbreak of the disease to the World Organization for Animal Health from its border with China in May.

Earlier this week, South Korea's spy agency said pigs have been "wiped out" due to the disease in the North's northwestern Pyongan Province.

The farm ministry said it also identified some vehicles visiting multiple infected farms, although it cannot jump to the conclusion that they were responsible for the spread of the disease.

They are finding hurdles in determining how the virus reached Seogmo Island, a small, isolated part of Ganghwa, where South Korea's seventh ASF case was found.

The farm with the seventh ASF case has been virtually closed, raising only two pigs. There were also no records of automobiles involved in the livestock industry visiting the area.

The environment ministry also said Friday it has not found any traces of the deadly virus from water samples gathered from rivers near North Korea. 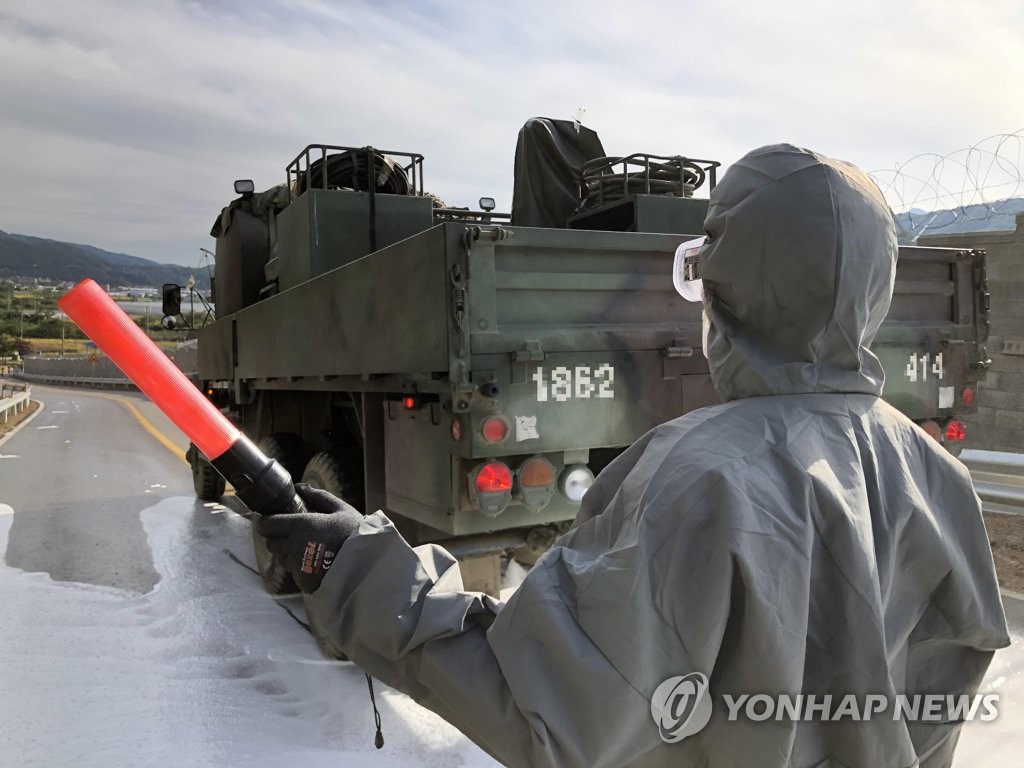