Hong expressed hope for new business opportunities with the RDIF.

The meeting came after Seoul and Moscow agreed to raise US$1 billion for a joint fund early this week to beef up the supply chain of industrial materials and parts by investing in core technologies.

The first batch of funding will amount to $400 million and gradually be expanded to invest in other areas, such as health care, down the road, Seoul's finance ministry said.

Depending on the development of the inter-Korean relationship, Hong claimed that the two funds can roll out joint projects in other countries in Northeast Asia, including North Korea.

Hong also visited the Russian factory of Paldo Co., a South Korean foodstuff maker with a strong foothold in the instant noodles market. The minister promised necessary support to help Korean companies penetrate deeper into the Russian market, according to the ministry. 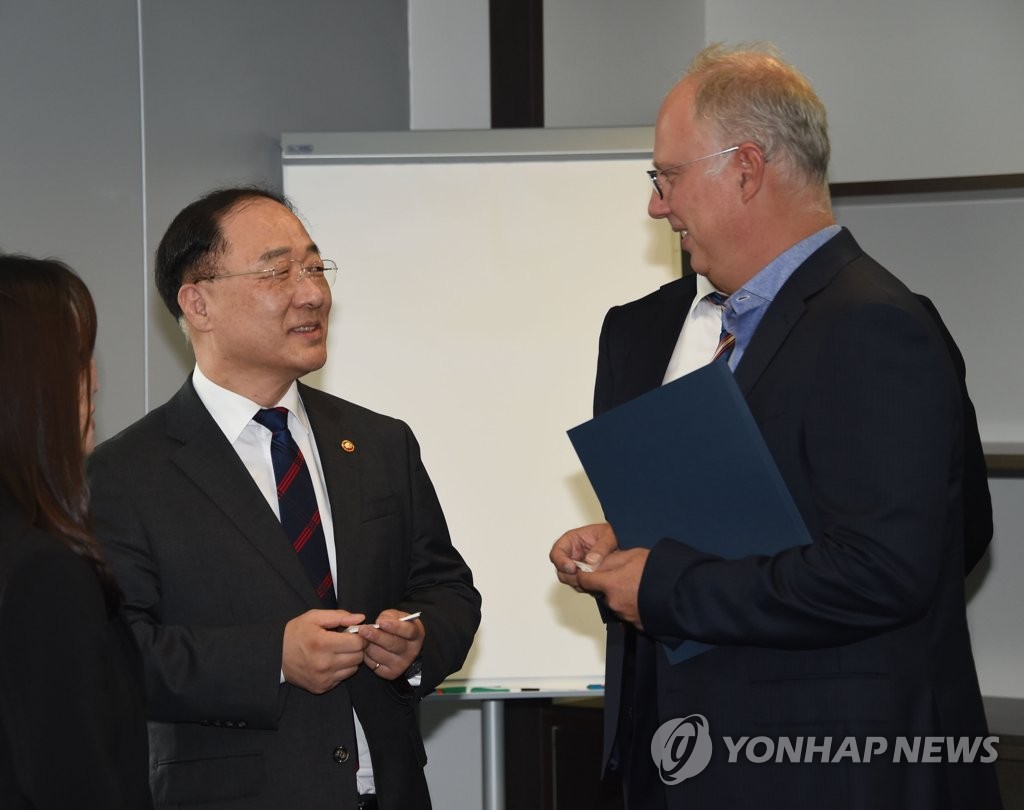