In the 18 billion won (US$15 million) auction led by the country's military authorities, Kia submitted documents to develop next-generation 2.5 ton and 5 ton military vehicles and a bulletproof 5 ton vehicle, with an aim to produce them in 2024, according to Kia.

The maker of the K5 sedan and the Sorento sport-utility vehicle plans to partner with Hyundai Motor Co. to develop the military vehicles based on Hyundai's upper midsize Pavise truck if it wins the bid, it said.

Kia is the only South Korean carmaker that has research and development workforce and production facilities for military vehicles. It has exported over 23,000 military vehicles to 20 countries, the statement said.

Hyundai owns a 34-percent stake in Kia and they together form the world's fifth-biggest carmaker by sales. 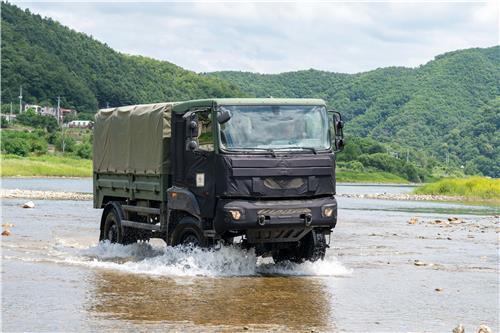