In a pilot project that will run until 2021, Hyundai Motor and Korea Hydro & Nuclear Power Co. (KHNP) will operate an energy storage project in which KHNP generates 10 megawatt hours of energy using Hyundai's second-hand car batteries, the company said in a statement.

"As demand for battery-powered electric vehicles is on the rise, the number of used car batteries is set to rise over time. Turning used batteries into an energy storage system will be a useful way of recycling them," a company spokesman said.

Hyundai and KHNP aim to supply an energy storage system that can create up to 3 gigawatt hours of energy using solar power, wind power or other renewable energy sources and store it in the system composed of used car batteries by 2030, it said. 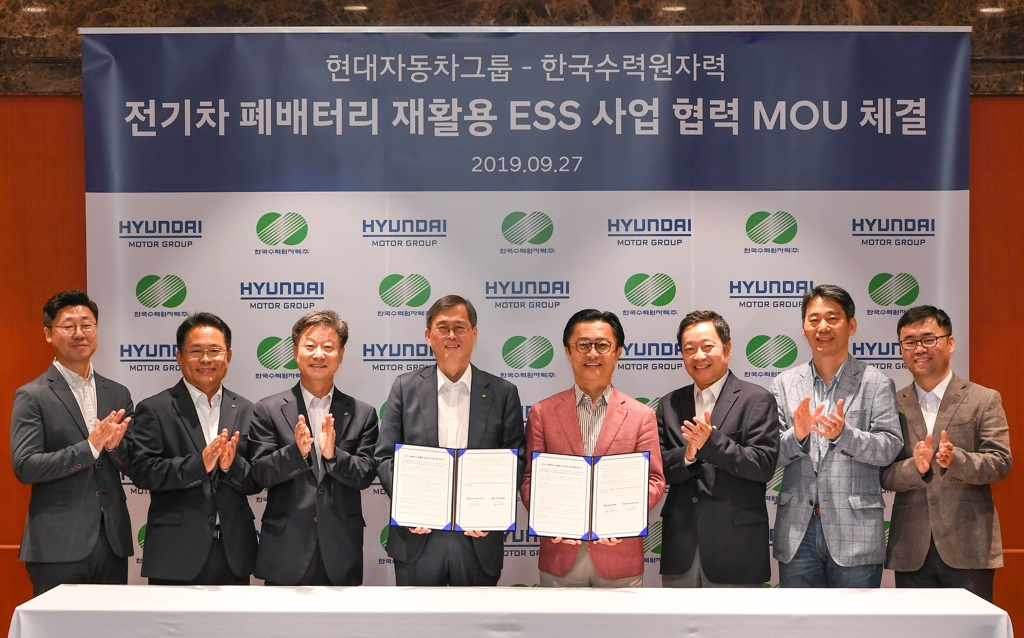