ULSAN, South Korea, Sept. 28 (Yonhap) -- An explosion took place on a ship being repaired by dozens of workers at a port in the southeastern city of Ulsan and rescue operations are under way, authorities said Saturday.

The 25,000-ton vessel caught fire following the explosion at around 11 a.m. while 25 people were working on it at Yeompo Quay in Ulsan, 400 kilometers southeast of Seoul, according to the authorities.

So far, 19 people have been rescued, they said, adding that the Coast Guard is investigating the exact cause of the explosion. 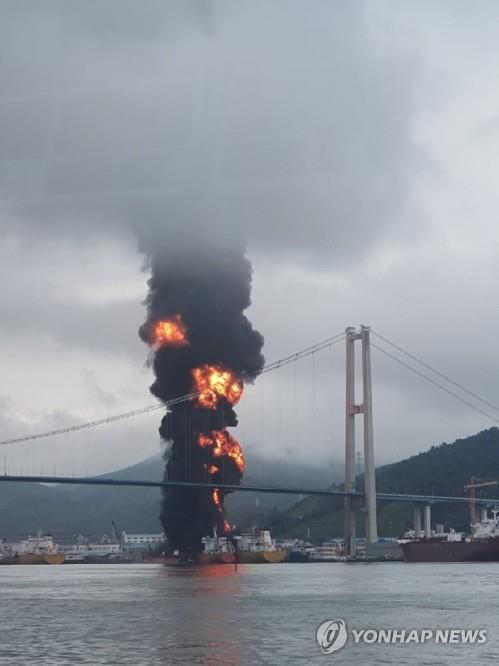