ULSAN, South Korea, Sept. 28 (Yonhap) -- Nine sailors were injured after a fire broke out on a cargo ship and spread to another vessel following an explosion in the southeastern port city of Ulsan, authorities said Saturday.

Nine people were injured, with one sustaining serious injuries, according to the authorities.

Efforts are under way to contain the fire and to prevent it from spreading further, the authorities said, adding that the Coast Guard is investigating the exact cause of the explosion. 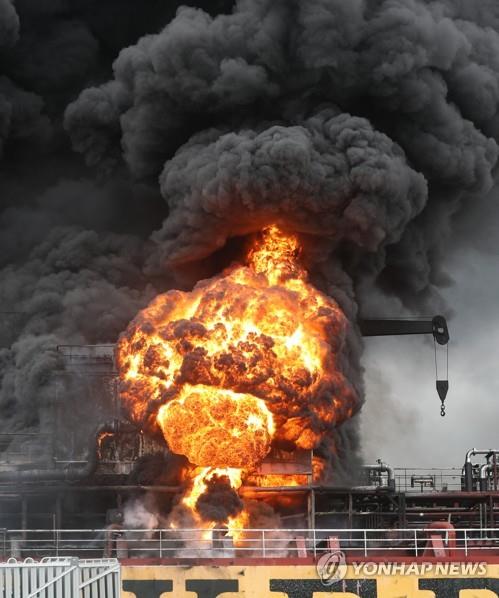